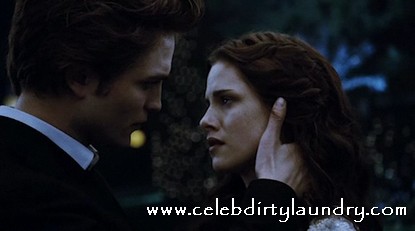 Just in case you thought that you send your pals the stolen images from the next installment of the Twilight series, Breaking Dawn, then you better change your mind!

It seems Summit Entertainment is doing their best to find out who’s been naughty and put a stop to the infringement on their ‘intellectual’ property – I guess images from Breaking Dawn qualify as intellectual property, but just barely.

Producers of Breaking Dawn were simply pleading with fans to stop posting images from the forthcoming film but now Summit Entertainment is getting more serious and pulling out the heavy legal armour.

Previously it was reported that Summit Entertainment didn’t have any intention to sue, but in fact, ten days ago, the studio filed a lawsuit against ten John Does.

The action allows Summit to serve subpoenas and identify anonymous individuals who were/are distributing images from Breaking Dawn on Twitter.