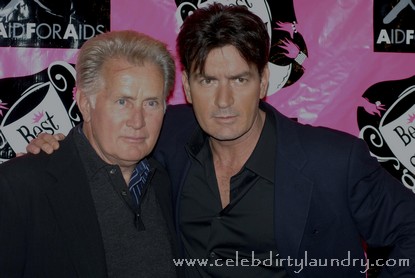 Nothing seems to get Charlie Sheen down these days. The ‘Two and a Half Men’ star was laughing and joking on his ride home from the hospital last week.

Most people need a while to recover from a two-day cocaine binge that land you in the hospital – but not Charlie Sheen – he was in great spirits as he was driven home by Dr. Paul Nassif.

According to sources, Dr. Paul Nassif, the husband of “Real Housewives of Beverly Hills” star Adrienne Maloof got the nod to drive Charlie home from the hospital.

Sources said Charlie seemed totally fine on the drive home and the two talked about life and the future, along with “fun things” as they laughed during the car ride back to Charlie’s house.   Word has it that despite leaving rehab on his own Charlie’s been sober since leaving the hospital.

Its tough staying sober right out of the gate when you are in your regular non-sober environment. That is why some time in a protected environment like a rehab can be a useful start on the path to recovery.