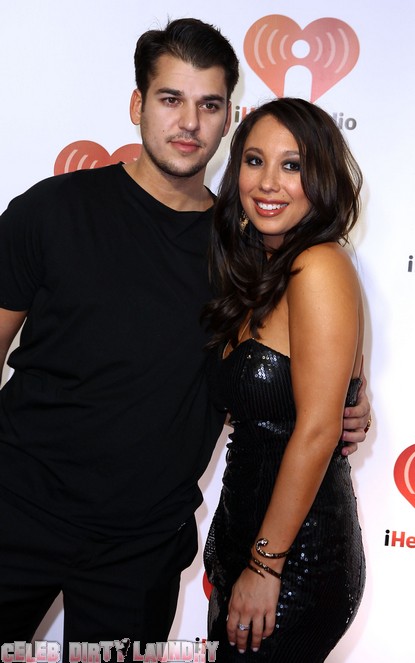 On Monday night’s season premiere of Dancing With The Stars, Rob Kardashian did a Viennese Waltz with his professional dance partner, Cheryl Burke. In the end, they scored a 16 out of 30 possible points. But don’t let that get you down — Rob is motivated by his low scores!

In case you’ve missed the season premiere, click HERE for our official recap of the show!

In her post on People, Cheryl says that she’s proud of Ron and how he did on Monday’s show. She revealed that he was happy with his performance, but she didn’t think he was too happy with his scores. She advised him that it’s better to start off with a lower score and improve every week.

He expected to be a lot more nervous than he actually was when we danced. He didn’t do anything wrong during our performance. He didn’t mess up. I think he’s just really happy he got through it.

Even though Rob’s family has such a high profile and are so well known, I was nervous it was going to be us going home – especially being in the bottom like that – because our scores were low.

Rob didn’t talk about the judges’ scores too much, but he felt like he deserved a slightly higher score. After we danced, his initial reaction was, “Whatever, I don’t care,” because he has come such a long way.

Having low scores really got Rob into the next dance, which is the jive. We’re really excited about that because it really brings out his personality more. And it’s a lot more fun!

Who are you rooting for this season? Sound off in the comments below!