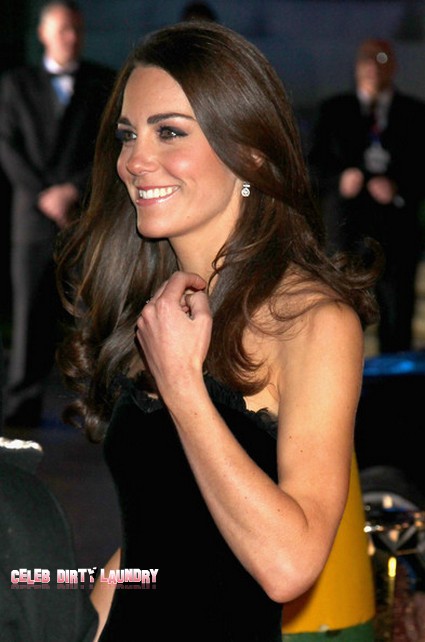 When Prince William‘s wife Kate Middleton the Duchess of Cambridge spends her first Christmas with the Royal family this year, one thing she won’t be doing is picking up a gun and hunting at the annual Boxing Day pheasant shoot.  The decision that was reportedly made to avoid controversy and comes on the heels of receiving a letter last week from PETA President Ingrid E. Newkirk.

In the letter, Newkirk asked Kate to follow the example of her husband William’s mother Princess Diana, who did not believe in hunting for “sport,” and stay away from the bloody Christmas tradition.  As Newkirk explained, the pheasants used in these shoots are raised in intensive confinement—and if they aren’t killed outright during the shoot, they have their necks wrung, and many are left to slowly bleed to death.

“The Royals have always had a hard time adjusting to changing social values,” says Newkirk, a native of Great Britain. “Rather than emulating Diana the Huntress, perhaps the British public is seeing a new Kate who is taking after Diana, the Princess of Hearts.”

We understand that you and your sister are preparing to attend the upcoming and disgraceful Boxing Day pheasant shoot at Sandringham. The pheasants in their cages, waiting and wondering what is happening, will have a very different experience from your gay outing. They will not notice the pains you and Pippa have taken on your outfits but will feel the real pain of your shots. That is, unless you follow another tradition, perhaps not as principled and brave as declining the invitation: you deliberately shoot off, missing them, letting them escape to live their humble lives!

Yes, I am writing to respectfully ask that you reconsider your participation in this vile blood sport, as pathetic an idea of how one amuses oneself as rodeo in the Americas, invented by bored people at the expense of the other forms of life readily found around them.

Many Britons still look to the Royal Family to set an example, and of all the qualities to emulate, surely there is none more important than compassion. Reducing living beings to living targets is neither compassionate nor sporting. It reminds one of Idi Amin and Dick Cheney.

Perhaps you and Pippa do not realise that tens of millions of pheasants and partridges are raised in intensive confinement every year for the sole purpose of being blasted to bits by hunters. When they are released, these birds are so dependent upon humans that many die of starvation or exposure. Those who are not killed outright during shoots have their necks wrung, which does not cause an instant death. Some wounded birds are never recovered and are left to slowly bleed to death. If you do know, may I ask, “Do you not care?”

The late Princess Diana, who was beloved by the public for her compassion and desire to end suffering, did not believe in hunting for “sport”. In this season of peace and goodwill, we hope that you and Pippa will follow Princess Diana’s kind example. Please open your hearts to the suffering of birds casually killed for fun and pledge not to participate in shooting events.