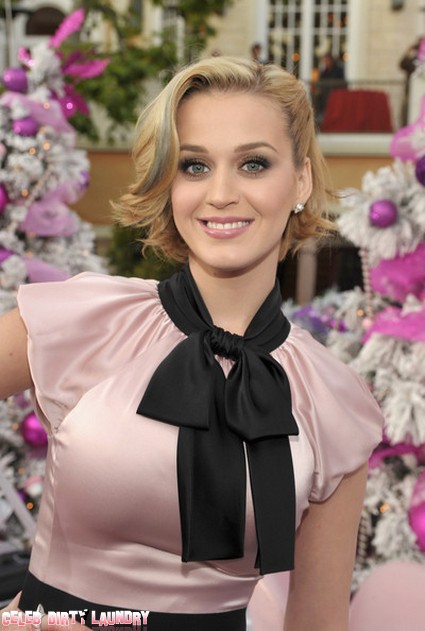 Katy Perry is not only finished with Russel Brand but she is also done with touring for her music career – at least for 2012. NOW reports that Katy’s true ambition is to be a movie star and that will be her focus in the year to come. Does Katy have any acting talent? Does that matter?

At Katy’s urging Russel filed for divorce from her yesterday in Los Angeles. Now that Katy is single, or at least separated, she is free to pursue her true love – being a movie star!

‘Katy wants to be a movie star more than anything and has been taking acting lessons for the past year,’ says a source.  ‘[Her] ideal role is to play a part in a movie musical like Chicago, Nine or Rock Of Ages, where she can sing and act at the same time.  Her agent has been pursuing a one-off role for her as a dying/injured girl on Grey’s Anatomy, so it’s looking likely she’ll be doing that show next year.’

Apparently Katy had expected Russell to help her make the transition from singer to actress – since he made a similar successful leap from comedian to actor in 2007. Could Russell’s failure to help Katy enough have contributed to their split?

Buzz magazine found an insider – prior to the separation – who said: ‘Katy love to be in a rom-com opposite Russell – and has asked both her agent and his to find a part that would suit them.   Failing that, she’s even working on writing a film for them to star in together.’

Will this still apply now that Katy and Russell are separated? How about the ex-couple star in a remake of ‘The War of the Roses?’