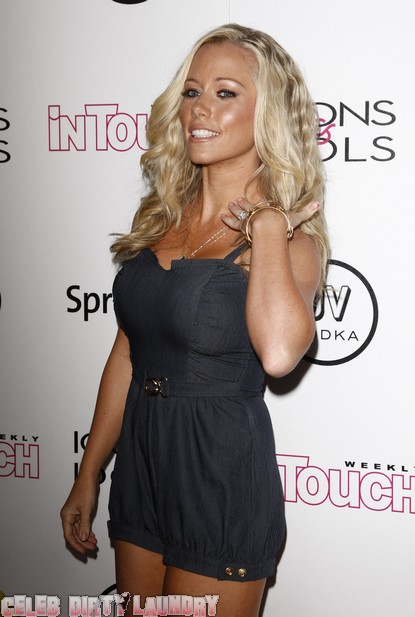 Crystal Harris dumped Playboy mogul Hugh Hefner just days before they were set to walk down the aisle. Now, one of his former girlfriends, Kendra Wilkinson, says that she couldn’t be any more pleased!

We can’t say that we blame her, when we heard that Hef and Crystal were getting married, the only thing that came to mind was that she was using him to further her own agenda. We can imagine that it hurt to get ditched like that at the last minute, but it’s for the best. Right, Kendra?

Kendra says that she couldn’t be happier that Crystal called off the wedding, but Hef wasn’t himself when he was with her. She said in a new interview, “My only word to him was ‘good!’ He wouldn’t be Hugh Hefner if he got married to her. We have Hef back so I’m glad. I’m happy.”

We still think Hef should try and patch things up with Holly. What do you think? All she wanted was marriage and a baby. Can Hef still have kids at his age? Hmmm…Things you don’t want to ponder….