BY Robyn Good on December 4, 2011 | Comments: 3 comments
Related : Once Upon A Time, Recap, Television 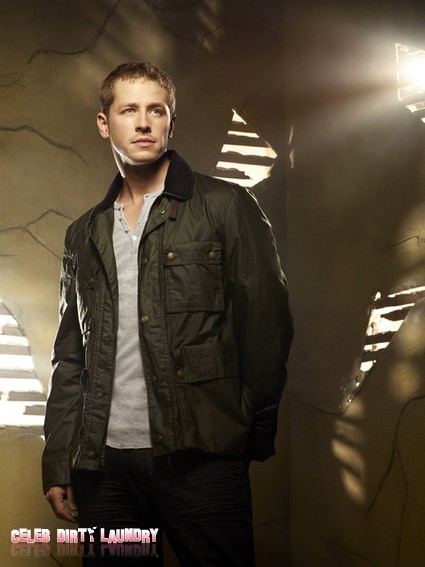 Once  Upon A Time is back with a whole new episode on tonight.  Stay tuned as we cover the official recap of show with up-to-the-minute details.  Tonight is the sixth episode of the ABC hit Once Upon A Time and it called ‘The Shepherd.’  On last week’s episode a giant sinkhole mysteriously appears at the edge of town and Henry decided to explore it and gets trapped inside.  Henry wanted to explore the sinkhole in hopes that he could somehow link the people of Storybrooke to the fairytale.  Emma also becomes a deputy.  If you missed last week’s episode you can read our official recap here!

Last week at the end of the show at the sinkhole site Regina (Evil Witch) drops a shard of glass she hid earlier –  down to the bottom of the sinkhole.  She wants to get rid of whatever it is.   We speculated it might be a piece from her magic mirror but many viewers think it is part of Snow White’s coffin.   Perhaps in tonight’s episode we will find out more about it.

Official Synopsis for ‘The Shepherd’: David – aka John Doe – must choose between staying with Kathryn or leaving her to be with Mary Margaret, with whom he’s fallen deeply, and inexplicably, in love; and Emma catches Sheriff Graham in a lie. Meanwhile, back in the fairytale world that was, Prince Charming is about to encounter a life-changing event that will forever alter his destiny, on “Once Upon a Time,” SUNDAY, DECEMBER 4  on the ABC Television Network.

If you want some spoilers and a preview video of what is going to happen tonight, check it out here!

Tonight’s episode:  Opens with John Doe and his wife and she is showing him his house that he bought.  Apparently everyone is waiting inside for him.  John’s doctor is at the welcome home party.  Henry tells Emma that the reason David (John Doe) does not remember anything is because the curse is not working on him.  Henry tells Emma they have to jog David’s memory so he remembers he is Prince Charming.  David comes over and Henry asks him if he ever used a sword, which he laughs about.

David’s wife Katherine is upset because she feels like she still does no have her husband back and she tells Regina about it.  Regina tells her she has felt the same way and she cannot bring her love back so she tells David’s wife to go to her husband.  David’s wife goes and looks for him he has left the party.

Meanwhile David is over at Mary Margaret’s house and asks her why she did not come to the hospital and he asks if he was the reason she resigned from the hospital.  Mary Margaret tells him he is married.  David tells her he is choosing her not his wife Katherine.

Back in the fairytale Prince Charming is fighting an enemy and he wins and kills his enemy. His father and the rest of the court is watching him and congratulate him.  Prince Charming’s father makes a deal with King Midus, gold if Prince Charming can kill the dragon that terrorizes his village.  As Prince Charming stands and speak the brute who he killed drives a lance through Prince Charming.

David is looking through his pictures and his wife tells him he looks different that he always use to have a buzz cut.  His wife tries to convince him to go to bed.  David asks her if they can sit and talk some more.  They kiss and David tells her it is not right.

Back to he fairytale the slain Prince Charming’s twin brother is chasing a goat and his mother returns.  His mother tells him he had an interesting talk with the grain merchant.  He has a daughter that would make a good match with him.  She has a big dowry and it will save their farm.  Rumpelstiltskin shows up and his mother tells him she gave his twin brother to Rumpelstiltskin.  He asks Rumpel what he wants and he tells him that the King needs someone to slay a dragon.  He tells Rumpel he is not a dragon slayer.  Rumpel tells him if he does this his mother shall never want for another thing in  her life and he will be the conquering hero.

David shows up in Mary Margaret’s classroom and she is upset that he left his wife.  He tells Mary Margaret his wife Katherine needs someone to feel for her like he feels for Mary Margaret.  David tells her he wants her.  He asks Mary Margaret to meet him at the bridge tonight.

The Sheriff brings Emma donuts and asks her to work that night for him because he volunteers at an animal shelter and he needs to work.

Mary Margaret shows up and tells Emma that David left his wife Katherine.  She tells Emma he wants to meet her that night.  She asks Emma what to do and Emma tells her to go and meet him because David has made a choice.

The King tells King Midas that his son has slayed the dragon.  Midas tells the Prince they respect him because of what he did.  Midas tells them he does not think small he thinks big and then they bring in a girl and Midas introduces his daughter.  He tells them he values her more thank gold and he wants to offer her hand in marriage.  Prince Charming is not happy but his father grabs him and tells him he must marry her or he will kill him and his mom.

Meanwhile Mary Margaret is waiting at the toll bridge for David.   David is lost – Regina did not give him the right instructions.  He goes into Mr. Gold’s shop and asks him where the toll bridge is.  Mr. Gold gives him correct instructions and David sees a windmill and he asks Mr. Gold where he got it and Mr. Gold tells him it has been gathering dust forever.  David tells him it use to belong to him and he remembers everything.  Gold = Rumpel grins… .

She gives him her ring from his father – she says the ring brings true love – and they embrace and say goodbye.

David finally shows up at the toll bridge and Mary Margaret is waiting – she is wearing that special ring form Charming’s mom – and he tells her he remembers everything.  Mary Margaret asks if he loves his wife and he says he does not know but he knows he did and he has to honor it.  He tells her he has feelings for Mary Margaret, intense feelings but he is going back to his wife because it is the right thing to do.  MM is really hurt and stalks off into the night – she says he led her on!

David rings the doorbell and his wife Katherine (who is Abigail, Midas’ daughter) answers the door and he tells her that he remembers all. He tells her they were not at a good place  – when he got hurt, he needed time, and he has had time – he remembers the windmill that triggered his ‘memory’ in Gold’s shop- He tells her they have work to do, it will take time, but he wants to see what happens.