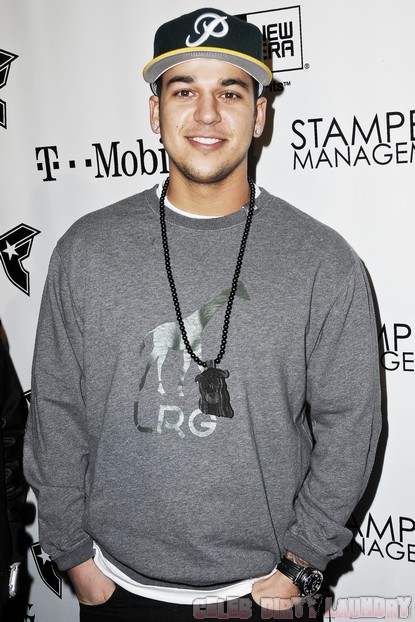 Kim Kardashian has been flashing a mega-huge 20.5 carat diamond ring ever since the news hit that she had gotten engaged to Kris Humphries. But there’s one person who isn’t buying the idea of his sister walking down the aisle for the second time. Her brother Rob doesn’t believe that Kim is going to tie the knot.

He talked about the wedding announcement on Kidd Kraddick and Hyla’s radio show on the Hollywood 5 on Friday. When asked if he thought Kim was going to actually go through with it, he gave his honest opinion. He said, “I just don’t feel confident because Kim has always been so like, you know, she’s, how old?”

He went on to say, “She’s just been through a lot of relationships and she always gets hurt or never finds the right dude, but Kris is a really good dude. They’ve had their own personal, private relationship a long time now and I feel like they are a really good match for each other.”

Do you think Kim announced her engagement for the media attention? Or do you think she’s actually going to make it down the aisle?