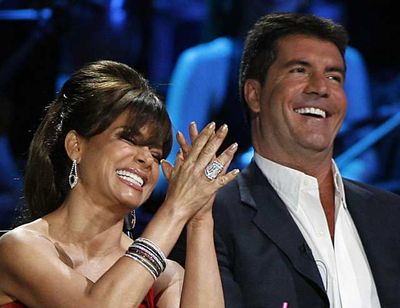 All that bickering between Simon Cowell and Paula Abdul on ‘American Idol’ just made Simon respect Paula more. At least that is what the usually cynical Cowell says now.

“I do really like people who disagree with me,” Cowell said to ‘Redbook.’ “Probably my best friends in the world are the people I argue with the most, because they don’t always say what you want to hear.”

“From the minute I met Paula, I was fascinated by her,” says Cowell. “She’s a complex person, but – this is going to sounds very American – she’s got a great heart.”

Cowell, who’s counting down to the premiere of The X Factor on Sept. 21, says the show is different from its competitors because it features people of all ages – from 12 to 80 – who have fascinating stories.

“One woman in her mid-40s had gotten out of a horribly abusive marriage. When she sang, she was amazing,” he says. “We saw the 5,000 people in the audience all get on their feet. That’s more powerful than a 17-year-old who comes in and says, ‘I want to be a star.’ “

The ‘X Factor’ is a ridiculously successful franchise – believe it or not national versions of the show have been produced and shown in over 30 countries worldwide! From Kazakhstan to New Zealand to Romania to Chile – people love the ‘X factor.’ I have yet to see an episode – whoops.