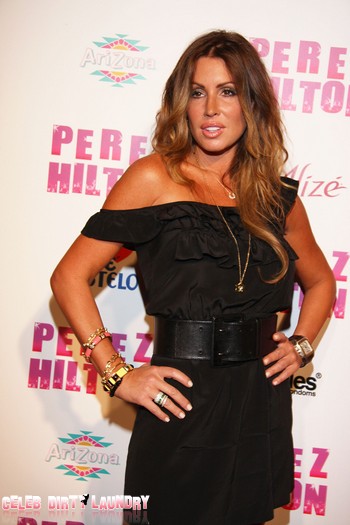 Although Rachel Uchitel, former mistress of Tiger Woods, acted surprised Wednesday when asked about an exclusive Life & Style report that she’s pregnant, the lady who blackmailed Tiger for $10,000,000 actually is with child!

Uchitel reportedly collected $10 million in hush money from Tiger and then called off a 2009 press conference with feminist lawyer Gloria Allred – I call that blackmail.

The began dating back in March and now reside in San Fransisco.

Rachel was previously engaged to investment banker James Andrew O’Grady, who died in the September 11 attacks.

She was married to Steven Ehrenkranz, a childhood schoolmate and trader on the New York Stock Exchange, for just four months in 2004.

Rachel became a household name back in November 2009 when she was revealed as the number one mistress of shamed golfer Tiger Woods.

According to an insider, “She found out she was pregnant when she auditioned for The Amazing Race. They were going to try out to be a couple on the show.”

“When she had a drug test, it came back positive – she’s pregnant!” Rachel and Matt immediately withdrew from competition.

Image credit to Rachel Worth / WENN.com