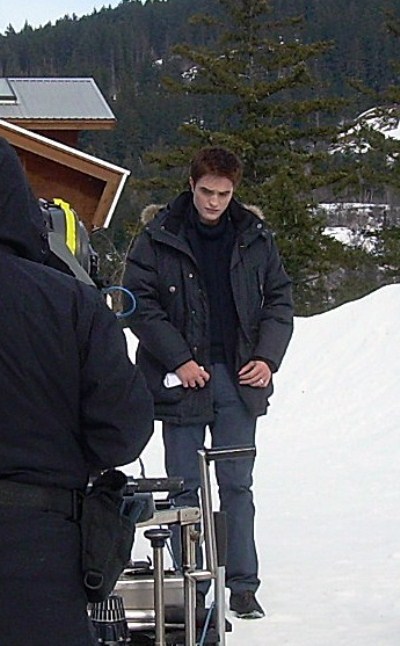 The poor cast of  The Twilight Saga: Breaking Dawn after spending most of the winter filming in Baton Rouge, Louisiana and in the tropical-looking Isle Of Esme they have moved to Vancouver for the filming of the final segments of Breaking Dawn.    What a difference in temperature for them from warm to snow and the deep chill! Brrrr I bet they miss Baton Rouge!

Check out the picture of Robert Pattinson/Edward Cullen on the set in Vancouver above and below with a jacket on and the crew looking on as they film a scene.  I believe it is a safe bet that this is a scene after Bella and Edward get married – if you look closely you can see a wedding ring on Robert’s finger.  Kristen is probably nice and warm in that chalet behind Robert Pattinson.

Maybe they can get Edward Cullen skiing imagine a sparkly vampire on skis! 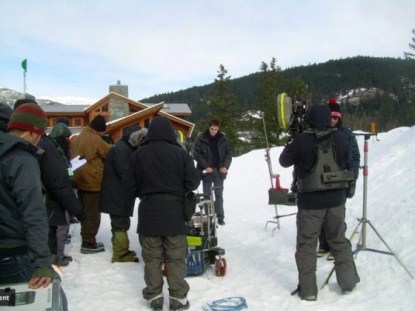