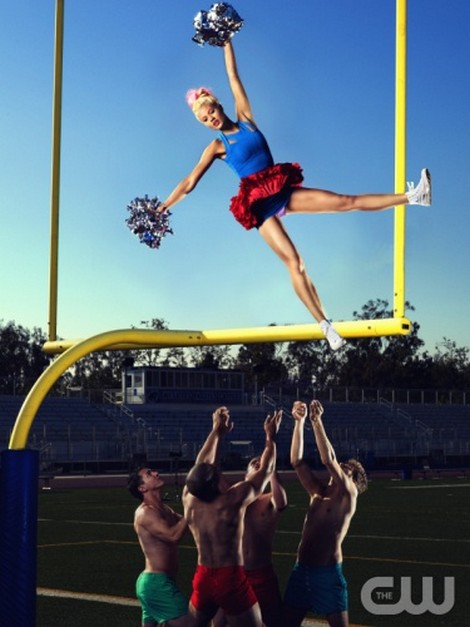 America’s Next Top Model airs tonight on the CW with an all new episode. Tonight’s episode is called “The Girl Who Sings For Alicia Key” and it is the fifth episode of Cycle 19 ‘College Edition.’ Did you see last week’s episode? We did and we have a full and detailed recap here for you!

On last week’s show the girls got a lesson in method modeling – Decked out in outrageous costumes, the contestants were taken to the 3rd Street Promenade in Santa Monica to engage with onlookers as Tyler Perry directed them from a surveillance van. Then, they were whisked away to Universal Studios, where they were made up as zombies for a very apocalyptic photo shoot.

On tonight’s show the sorority house receives a surprise visit from singer Alicia Keys – Grammy award-winning singer and songwriter Alicia Keys informs the girls they will be modeling in a fashion show to raise funds for her charity, “Keep A Child Alive.”

The winner of the competition gets to take a friend to see Alicia Keys in concert. Then, in the vein of school spirit, the contestants are taken to a football field where they will be tossed in the air to work the camera for a cheerleader photo shoot.

We will be live blogging America’s Next Top Model tonight with all the up-to-the-minute details at 8PM EST so make sure to come back to this spot and watch the show with us. While you wait for the recap hit the comments and let us know what you think of all the changes they have made to ANTM this season?  Are you enjoying the social aspect of hit?

Tonight’s episode: Laura is still riding high on winning best photo in the last show, she decides to take Kristin and Leila roles her eyes. Leila is upset that she picked Kristen because they are not close like she thinks she is with Laura.

Tyra surprises the girls and brings Alicia Keys to the house for a visit and announces that the girls will be doing a charity fashion show for Alicia’s charity, “Keep A Child Alive”. The girls get on the faux runway and start practicing the cat walk. The girls are going to be in charge of their hair, their makeup and their style. Laura, last week’s winner, is in charge. The theme is “Girl On Fire”.  Johnny is worried because Laura isn’t really prepared and has no continuity. The winner will get to go to an Alicia Keys concert for her new album “Girl on Fire”.

The girls are excited they are wearing Laura Hoffman designs. Basically, the audience has to bid on the outfits that the girls are wearing and the girl with the highest bid wins the competition.

The winner also gets the $10,000.00 to deposit into their scholarship bank. The girl that raised the most money for “Keep A Child Alive” is Kiara.

Back at the house, Leila is upset that everyone thinks she is obsessed with Laura, she tells Laura that she is not obsessed and she thinks Laura is obsessed with herself. Both girls are crying and determined not to let this bother them.

The girls head to West LA college where they are going to be involved in a sassy photo shoot. The girls have to get into preppy cheerleading outfits. Rob arrives on the photo shoot and the girls feel the pressure because he is one of the judges. Allyssa is nervous because she had the lowest score last week, her nerves have her hitting one of the male models in the head that tossed her up in the air, it draws blood. Laura is crying on the photo shoot, she is afraid of heights and having a hard time when she is thrown in the air. Leila is upset, she keeps getting criticism for doing duck lips. Brittany is over thinking the shoot and a little too cheerleader. Meanwhile, Laura doesn’t think Leila should win the show, let alone the competition because she doesn’t deserve it, she can’t even walk properly.