BY Jeanne Adams on July 5, 2012 | Comments: Leave Comments
Related : CDL Exclusive, Interview, So You Think You Can Dance 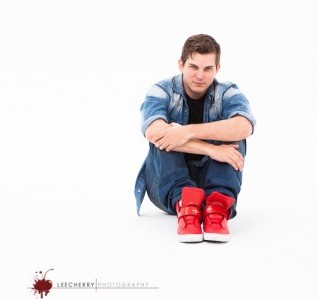 Paul Becker’s worked with some of entertainment’s hottest young actors like Twilight stars Ashley Greene and Jackson Rathbone and High School Musical’s Ashley Tisdale, but this actor, director, choreographer, and producer is just getting started. As a judge on Canada’s So You Think You Can Dance, Becker’s looking for the talent but it wasn’t so long ago that Becker was working thirty hours a week to make his dreams come true.

“It wasn’t something that I just wanted… it was something that I had to do. I never and still don’t have a plan B. I knew as a young teen when I would train 30 hours a week,” he told Celeb Dirty Laundry  in an exclusive interview. “I would skip class often in high school and sneak into the video arts program. Here, I would shoot and edit my own films.  It was then that I discovered my passion.”

And the hard work paid off. With a wide knowledge of all dance styles as well as martial arts and stunts, Becker became the protege of famed choreographer and director of the immensely popular High School Musical movies, Kenny Ortega, and started taking small steps to rise in the dancing world. Since then he’s completed choreography on movies such as Mirror Mirror, Footloose, Sucker Punch and The Twilight Saga: Breaking Dawn Part 1. In addition he’s also worked with singer Michael Buble on the music video for his hit single, “Just Haven’t Met You Yet.” He considers that one of his greatest accomplishments so far, directing over 200 people to rave reviews.

Despite the amount of people in Buble’s video, Becker says the smaller dancing scenes found in movies can be even more challenging. “I love doing giant musical numbers and live shows…. I get such a rush,” he explained. “A lot of films require small dance scenes with dialogue. Those scenes are usually more difficult to stage and shoot due to a number of factors. However, with music videos, it is structured choreography to shoot only.”

With a resume many dancers would envy, Becker is taking a page from muppet, Kermit the Frog, who he described as the “the hardest working creature in showbiz” and not slowing down anytime soon. “I loved being a judge on SYTYCD in Canada. I think that show is great for the dance community worldwide,” he said. “I plan to direct in the very near future. The possibilities are looking very bright.”

Check out Paul in action below as he instructs Ashley and Jackson on their dance number during Edward and Bella’s wedding reception scene. They make it look so easy!