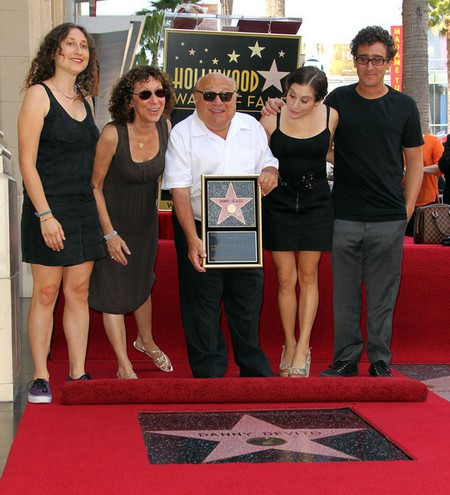 After three decades of marriage, it is sad to report that Hollywood couple Danny DeVito and Rhea Perlman have separated.  The couple wed in 1982 and have three children together, 29-year-old Lucy DeVito, 27-year-old Grace DeVito and 25-year-old Jacob DeVito. The entertainment-bred family is based out of Beverly Hills, California.

The famous parents separation may now cause a strain in their daughters entertainment careers.  Their eldest daughter Lucy is a budding actress who has had parts in her father’s sitcom, It’s Always Sunny in Philadelphia, but now will she have to choose sides to keep her career afloat?  In her situation maybe her dad can pull the reigns and get her into more acting gigs since he is currently starring in a sitcom owned by his company.

As for their middle daughter Grace, she is a producer, so will she need to stick by mom, since Rhea has experience producing movie shorts and a television series as well as her sister, Heide Perlman, an accomplished producer of many sitcoms such as Cheers and Frasier.

As for their youngest child, who acts professionally under his real name of Daniel J. Devito, he is the one that Danny and Rhea have to fight for.  He doesn’t seem to have his foot in the door yet, with only one film to his name back in 2005.  So whose side can benefit him?  He is still young enough to be swayed by his celebrity parents.

Could this unfortunate separation cause a tear in this once seamless family?  As of now no word of divorce has been reported.