DMX Is Cheating And Proud Of His Infidelity On ‘Couples Therapy’ 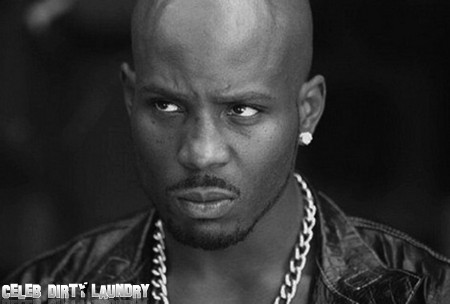 Kittykats, This new show with DMX just started on VH1 called Couples Therapy. I just wanted to go on the record by saying this show is a hot mess and I just “love it”. DMX the rapper and movie star, who is always in and out of jail is on it with his long time suffering wife Tashera Simmons.

To start off with, in the show one of the couple’s therapists took away his alcohol saying, “Alcohol messes too much with your emotions and feelings”. As you can very well guess this did not go over so well with DMX and he threw a mini hissy fit, but gave in eventually. I think he thinks he was snuck into rehab under false pretenses.

Music Review: DMX Make It Out

Now when the couples’ therapist starts talking to his wife, Tashera brought up the subject of his many infidelities and it was a whole matter of respecting their marriage. Well he fired back at her that, “he’s always been the same, he’s been upfront with her the whole time and does not plan on changing, and he likes sleeping with other women”. (Whew!) If that wasn’t enough he also added to boot that he never wanted to get married at all, (Wow).

Now this may seem shocking to people that don’t know – and Tashera can stick her head in the sand all she wants too, but everyone knows DMX is not faithful. She knows too (and has known) so Tashera stop acting brand new.

Now this is not official but it’s rumored that DMX is behind close to 1 million dollars in back child support for a baby outside of his marriage. I heard this earlier this month. It’s being said that he is waiting for the mother to agree to a DNA test before he pays anything, (I do not blame him for that).

But guys do you see what I’m saying here, you wouldn’t need a DNA test if you didn’t do anything, right? I guess they are trying to make their marriage work by going to therapy, let’s keep watching, maybe it will, (it’s good for laughs at least).