Harry Styles Buys Taylor Swift A Ring! Too Soon Or Too Cute? 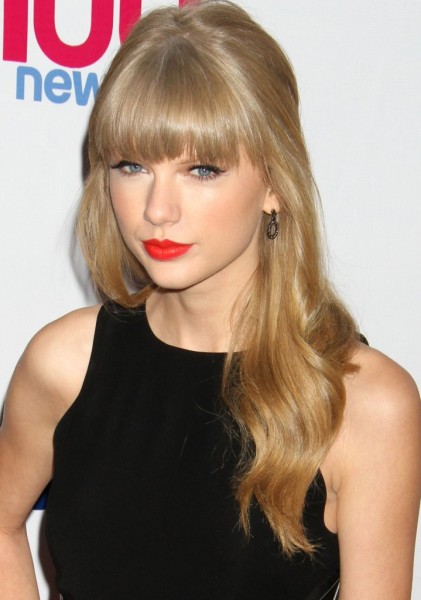 But is it an engagement ring or a promise ring? Taylor Swift and Harry Styles have been attached at the hip and having sex (stop saying sleepovers!) for the past couple weeks so naturally a ring is the next step. This is Taylor Swift! Two weeks is the equivalent to two years in her fairy tale-centric brain. But I’m a little disappointed in Harry. I expected more from him. This hand-holding and karaoke singing crap is for whipped little boys not British boy banders who can love and leave any fan they come across. What would Mick Jagger say? I suppose since he married a blond southern American himself he might tell Harry to go for it and, according to the Daily Star, he is.

“Harry’s been on the phone to leading Los Angeles jeweller Robert Procop, who designed Angelina Jolie’s engagement ring. He’s been asking advice on what pieces can be made, or what are already available that would suit Taylor. Harry doesn’t want anything too over the top or too ostentatious. But he’s happy to splash the cash on a nice ring, not an engagement ring or anything silly like that. He’s looking for something traditional. He wants a fun, colourful stone. Harry really is the ultimate romantic – very sentimental and generous. He’s only just getting to know Taylor but as her birthday is coming up next week he wants to buy something lovely for her. Everyone who knows Harry knows he’ll always go the extra mile for a girlfriend. He’s done some mad things in the past,” a source said adding that Taylor “is now officially caught up in all things Harry. She was playing games before, but now obviously she has become more fond of Harry [because] they are able to hang out all the time, which isn’t the case with Conor. And Harry is really trying to woo Taylor off her feet.”

How hard it is to woo Taylor Swift? Flowers? Candy? A prestigious family? Sweet words? She tends to throw herself at every dude who looks twice so I have a feeling Harry could have gotten the job done for a lot less money but maybe he’s bored and wants to make a dent in his new millions. But a ring? Why not a necklace or a really nice scarf? Rings do things to girls. They put ideas in our head and Taylor doesn’t necessarily need help jumping the romantic gun. If Harry Styles buys Taylor a ring he might has well buy himself some extra bodyguards just in case for when he eventually breaks up with her.

Do you think it’s smart for Harry to buy Taylor a ring? Isn’t it just a tad too soon?