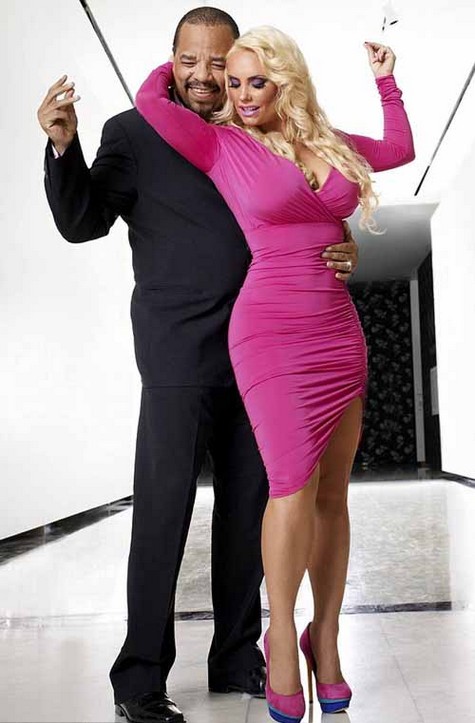 Tonight on E! is an all new episode of ICE LOVES COCO called “Baby Got Bridesmaids.” On tonight’s show Coco faces losing the maid-of-honor role in her best friend’s wedding. She also disagrees with her mom over plans for the indoor dog park they want to open together. Did you see last week’s episode? We did and we recapped it here for you!

On last week’s show season 3 opened with Coco’s clothing line making its debut at New York’s Fashion Week. Also construction continued on the Ice and Coco’s luxe new home, and Coco can’t understand why ice would want to delay the process by requesting a car elevator in the garage. When Ice gently reminded his dear wife her show collection is just a important to her as his cars are to him. Coco contemplated relenting.

Ice summed up  what makes their show work on twitter, he tweeted, “I think what makes ‘IceLovesCoco’ different than other shows. Is Coco and I really don’t care.. Love us or hate us. We love each other.”

On tonight’s show Coco is the maid of honor in her best friend’s wedding, until things go awry. Also, Coco plans to open an indoor dog park with her mom but the two have trouble seeing eye-to-eye. Coco is taking over and she’s setting her sights on New York’s next hot spot.

Tonight’s season 3 episode 2 is going to be another fun one of our favorite couple, which you won’t want to miss. So be sure to tune in for our live coverage of of the season 3 episode 2 of Ice Loves Coco – tonight at 10:00 PM EST! While you wait for our recap, hit the comments and let us know how excited you are about the new season of the Ice loves Coco.

Tonight’s episode: Coco confirms dinner, a limo and Lucky Cheng’s for a bachelorette party that she is planning for her best friend, Diana. Soulgee is helping her with the planning and Coco suggests that everyone at the part wear penis hats, Soulgee thinks they should have waiters that are strippers.

On the set of CSI, the dogs are really excited but Maximus doesn’t want to go out and neither does Spartacus because it is raining. Coco tells Ice that she wants to open an indoor dog park and she thinks it would be a good idea to do it with her mom so they can spend more time together. Coco has already came up with a name, Club Spartacus.

Coco helps Diana pick out the bridesmaid dresses, they are dusty rose and Coco looks amazing in it.

Coco and Ice are on a secret mission, they head over to Fetch, a doggie indoor dog park. Coco thinks the place is insane with what they have available for the dogs. Although Coco likes the place, she wants to develop a place that owners can enjoy with their dogs.

Coco gets a call from Diana, the wedding is off.

It’s now a few weeks after the breakup and Coco sits down with Diana to finally find out what happened. Diana tells her that she has been holding in her feelings because she didn’t want anyone to know how she has been feeling. Diana goes on to say that she wasn’t loved the way that she deserved to be and that is why she told her fiance to get packing.

Coco’s mom is back in town and they both head to realtor to find a location for their doggy park. Coco is looking for glitz and glamour while her mom is thinking more holistic.

Coco, her mom and Diana head to the potential location to scope it out. The first location doesn’t work, but the second is a hit. The family heads to Tick Tock diner to share a meal and toast the new doggie park. Coco’s mom tells Ice that Coco tried to hook Diana up with her realtor and he tells her to back off and just be her friend.

Coco has a surprise for Diana, the Bachelorette party is still on but she has changed it to a girl’s night out. Thank goodness Diana is not upset and is actually having a great time.

The next day, it’s gym time and Coco is not in the mood because she had such a great time the night before with Diana and is absolutely exhausted.