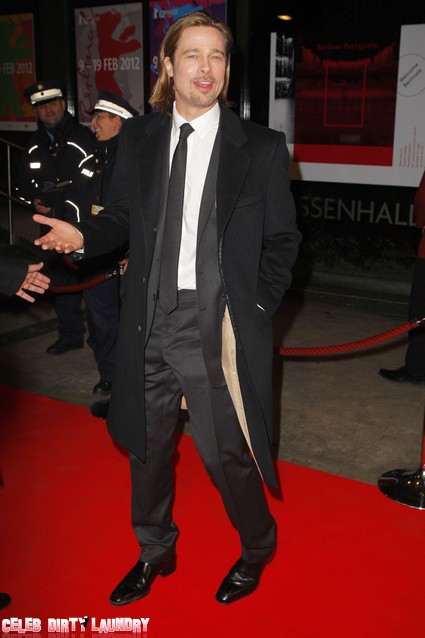 If Brad Pitt wins an Academy Award for Best Actor then George Clooney has offered to babysit for Brad Pitt’s six children. George doesn’t mention what he will charge for his services. George has insisted, a la W.C. Fields, that he doesn’t want kids and is competing with Brad for Hollywood’s most prestigious acting award. George has said that seeing Brad and Angelina with their brood of children has put him off fatherhood for life.

George said:  “Even one kid running around my villa makes me nervous, so I’m definitely not a candidate for father of the year! “If I need to surround myself with children and feel like I have this big extended family, I can always call Brad and Angie and ask them to stay with me, just to remind me why I’m so happy without.”

According to the National Enquirer magazine Brad and George have made a bet on the outcome.

If Brad – who raises six children, Maddox, 10, Pax, eight, Zahara, seven, Shiloh, five, and three-year-old twins Knox and Vivienne, with partner Angelina Jolie – takes home the prize for his role in ‘Moneyball’, George will have to take care of all the kids for the night so he and Angelina can go out. But if George wins, Brad will work a full day as a deckhand on
George’s yacht in Italy’s Lake Como.