Jennifer Aniston Planning Boozy, Over The Top Three Day Wedding – Too Cute Or Too Much? 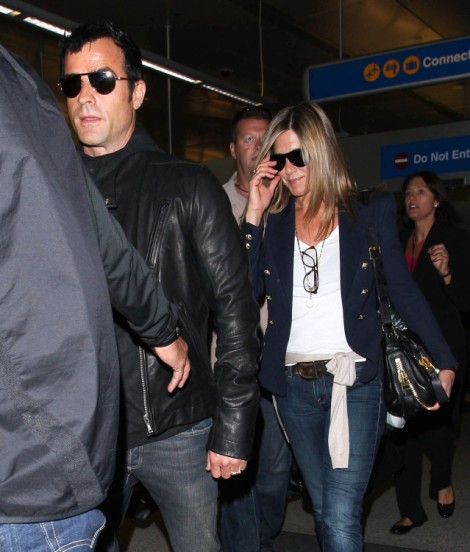 Come on! We all knew it wasn’t going to be Kenya! That shit made no sense. Three day booze fest in Hawaii or Mexico? Ya, that’s more Jennifer Aniston’s style.

Apparently what started out as a small get together of close friends and family (and Brad Pitt’s mom) is turning into one hell of a blowout. For the girl who likes to think of herself as laid  back California cool, Jen’s seeming a lot more like party planner extraordinaire Blake Lively.

“What started out as quite low-key is now looking more extravagant,” a source told Grazia. “They are still keen on a beach wedding in Hawaii or Mexico towards the end of the year, but Jen wants it to be more like a massive party and, at the moment, it looks like it could stretch over three days. Half of Hollywood will be there too.”

Clearly homegirl has something to prove. We should have seen this coming with the massive ring and the crying fits. Jen LOVES the fact that it’s finally her turn (again) and is really going for it. She’s flashing the eight-carat rock all over town and just broke down on a recent taping of Chelsea Lately even though she had no business being there since she had absolutely nothing to promote. I guess she’s promoting happiness? What a change for Jen!

Another unexpected change might be Jennifer Aniston’s wedding dress. The source said we might be surprised by what she has in mind. It’s “being kept top secret… now Jen’s debuted this massive ring, it’s kind of set a precedent. Who knows, we could see Jen break from her conservative, simple style and go for a show-stopper of a dress too.”

Seriously, that’s like saying Angelina Jolie’s dress won’t  be a drab sack of shit of disappointment. There’s no way Jennifer Aniston is wearing anything other than simple and classic and BORING. It’s her thing. But then again I never thought I’d see her sport an eight-carat ring around either.  I wonder how it sparkles when she takes hits from her bong.

Is Jennifer Aniston planning an over the top wedding? Is it too much for a second walk down the aisle or should we all just rejoice for her since she’s obviously over the moon again?