Kate Middleton And Prince William Are The Most Romantic Royals Ever 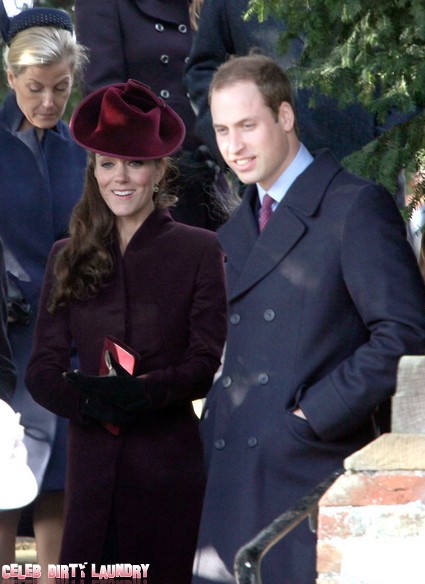 Duchess Kate Middleton and her king-to-be husband Prince William are the most romantic royals of all time.  As Angelina Jolie and Brad Pitt are the royalty of Hollywood so are Kate and William the Hollywood romance of royalty.

Kate loves William and misses him dearly as he bravely does his part in the defence of his nation.  William is away for several weeks on his Royal Air Force helicopter mission in the Falkland Islands and Kate had to weather Valentine’s day without her man.  No doubt that the loving couple will be making up for lost time when the prince returns!

Kate has been soldiering on with her official duties in William’s absence and by all reports she acquitted herself impeccably.  Still, the future queen must be wistful when she recalls the time surrounding her romantic wedding.  In any case, Kate knows her job and gets it done making even Queen Elizabeth II proud of her.

BANG Reports:  The wedding of Britain’s Prince William and Duchess Catherine was “deeply romantic”.  Actress Sophie Winkleman – who is married to William’s cousin Lord Fredrick Windsor – was very impressed with how well the couple coped tying the knot in such a hugely public way.

Sophie said: “I don’t know how it managed to capture the feeling of amazing love when it was such a stunningly impressive global occasion but it did. It really was deeply romantic.”

Despite her husband’s regal background, Sophie insists her spouse’s family have been very “welcoming” towards her.  She said: “When I went to my first formal occasion, I was definitely wobbly, but the whole family has been very welcoming and warm. And let’s face it – all families are pretty complicated.”

Sophie admitted she feels “saved” by fashion house Armani as she can always rely on their creations when she has to attend formal events.  She told Tatler magazine: “Armani saved me. Very fashiony things I can’t cope with and I don’t know if they suit me, but classic stuff tends to work.

“Armani clothes are beautifully cut and vey imaginative in their own way but they don’t wear you.”

Can you think of a finer couple than Kate and William?  They are so refreshing and wholesome – such a pleasure.  Especially in contrast to the excessive and degenerate behavior shown by other celebs recently – like Whitney Houston, Demi Moore, and Kim Kardashian.