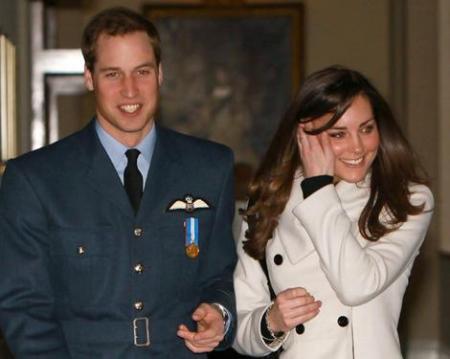 Kate Middleton must have her own children with Prince William before she will be allowed to adopt according to Queen Elizabeth II.  It has been said that Kate considers Angelina Jolie her role-model, so it is not surprising that she is considering adoption.  Nevertheless, it is the royal couple’s duty to provide the monarchy with an heir or two before adoption can be seriously considered.

Royal watchers concerned with the monarchy have been impatient for the news that Duchess Kate is pregnant – since an adopted child would be ineligible to ascend to the throne.  William’s grandmother, Queen Elizabeth II says that while she would consider the idea of Kate adopting in the future, she first wants to see her produce a legitimate heir.

As the one year anniversary of the royal wedding rapidly approaches Kate and William are thinking seriously about having their own children and adopting.  No doubt that Kate has already demonstrated a great facility with children and Richard Mineards, a commentator on the Royals for NBC states:

“They’ll be great parents –Kate will make a natural mom.”

RELATED: Kate Middleton Shows That She Is Ready For A Baby

“Their priority is to have heirs of their own to ascend to the throne, but afterward, they feel they feel there is nothing to stop them from doing such a beautiful and humane thing as adopting a child.”

“Being royals, they travel all over the world in a charity capacity and see so much need.  It’s really affected them both.”

“They have spoken about it to Prince Charles who says there is no reason why they can’t do it.”

But the insider says Queen Elizabeth II would give her blessing to Kate and Will adopting “only after they have at least two heirs to the throne!”

It is unlikely that Prince William would cross his granny on anything – let alone something that is this important to her.  Don’t expect to see an adopted child running around Kate and Will anytime soon.