Kate Middleton Will Never Be Queen 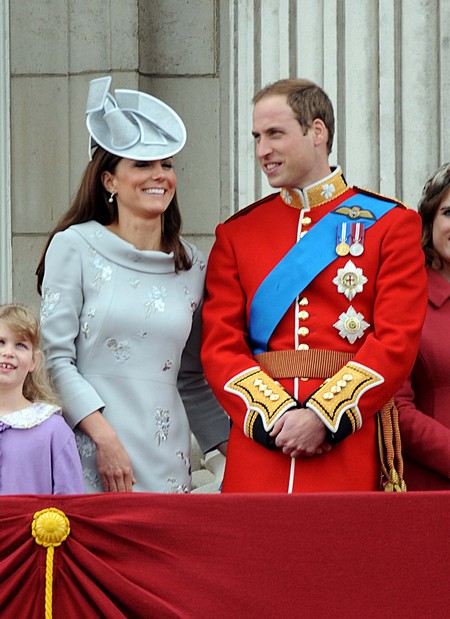 According to British Constitutional Law, Queen Elizabeth must give her throne to Prince Charles. He is the direct blood descendant in a male primogeniture system which the British monarchy uses. This system has recently been placed under scrutiny and there are rumours that it will change with William and Kate’s children. The questions are raised, will Camilla become Queen? Will Kate become Queen? What happens when Charles dies or abdicates and Prince William takes over?

Celeb Dirty Laundry did a super special investigation into the matter and we’re bringing you all these answers in a nicely packaged article. Aren’t we sweet?

Let us start off with Royal 101. There are three types of royal Queens, the first being Queen Regnant, who is a direct descendant in the blood line. This title also holds executive power over all royal decisions. The second is called Queen Consort, who is the wife of the King. The third is called a Queen Dowager and this is usually reserved for the Queen Mother or the widow of a deceased king. When Charles becomes the King of England, Camilla will have the right to be called Queen Consort, a person who carries the title but has no say in any royal affairs. Camilla has a wealth of titles bestowed upon her, including Princess of Wales, but she decided to use Duchess of Cornwall instead, out of respect for the late Princess Diana. It has been said that Camilla will not use the Queen Consort title, but will rather use Princess Consort instead. Prince William will be upgraded to the official title of His Royal Highness Prince William Arthur Philip Louis of Wales when his father becomes the King and Kate will be known as Her Royal Highness Prince William Arthur Philip Louis of Wales, Princess of Wales.

Now we get to the tricky bit.  Kate Middleton is not the first commoner to be married to a future king, but she will unfortunately never carry the title of Queen Regnant as she is not a direct descendant, and will forever be known as Queen Consort, much in the line of Prince Philip is the Prince Consort to Queen Elizabeth. Kate will also have absolutely no say in any royal matters as the future King William will be in charge. We also have the tricky question of when the future King Charles will die or abdicate. His death will result in people kneeling at William’s feet, kissing his hand and saying, ‘The King is dead. Long live the King!”

The recent Order of Precedence has Kate curtsying to all types of royals above her when William is not present. When we heard of this news, we had images of a school girl being taunted in a bathroom by the mean aristocrats. Kate might never truly be a Queen Regnant, but we have a very strong suspicion that she will become a legendary figure in the future of the British monarchy, forever known as Queen Consort Catherine Elizabeth Windsor.