BY Scuttlebooty on May 10, 2012 | Comments: one comment
Related : Lindsay Lohan 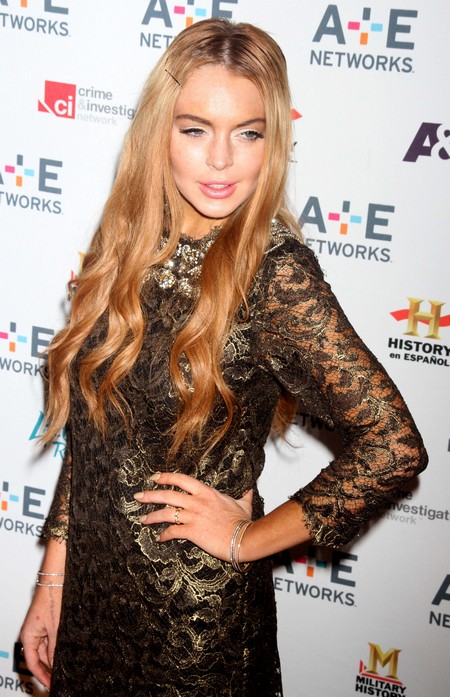 Well, the honeymoon didn’t last long. Lindsay and the Blowfish Lips Lohan looks to be back to her old ways. As evidenced by photos of the sad star at the A&E upfront event last night, Lindsay might be spilling too much baby powder on her shoes again.

The 25-year-old looked way older than her years as she smuggly posed for the cameras. High definition is never going to be a good idea for her. Let’s not even ask why she was there. Why is never a good viable option for Lindsay, much like staying home. While she managed to stay pretty covered up in a cute black dress, her ratty, tricked-out extensions and overblown lips revealed the mess for who she really was. I’m pretty sure if you asked kindergarteners what her skin color was they’d say orange. And who wears white eye shadow outside of high school?

Oh Lindsay! We had such high hopes for you this time around. You looked decent at Coachella last month. You got the Elizabeth Taylor Lifetime gig you hustled so hard for and you scored a guest spot on Glee. Couldn’t that be enough to calm your attention-seeking heart?

Because I can’t keep doing this with you. I can’t keep caring because you make it impossible to like you. You’re like the Ty Cobb of the celebrity world. You have such talent and can be so great but you’re such an ignorant dumb*ss it makes it so hard to root for you.

I have to make a stand. If you screw up this Liz Taylor movie we’re through. Yes, Liz Taylor deserves a stellar performance, but more importantly, your fans deserve one. Stop letting us down! 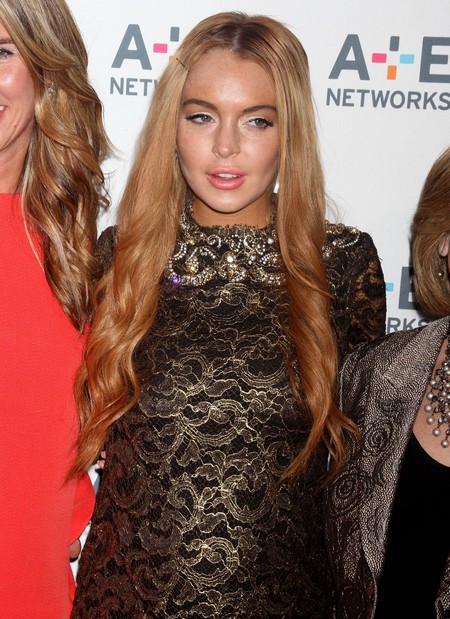 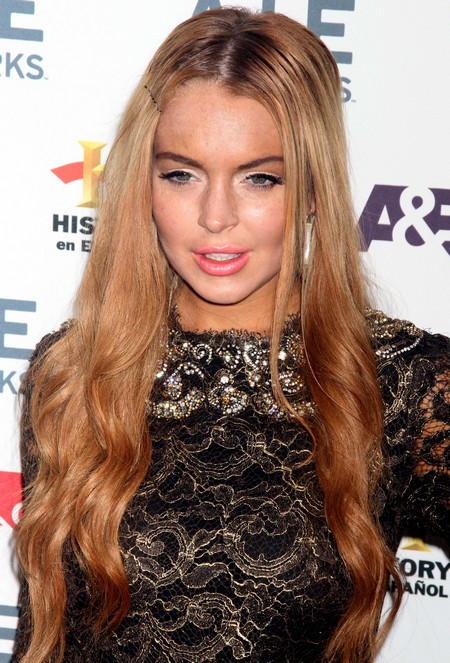