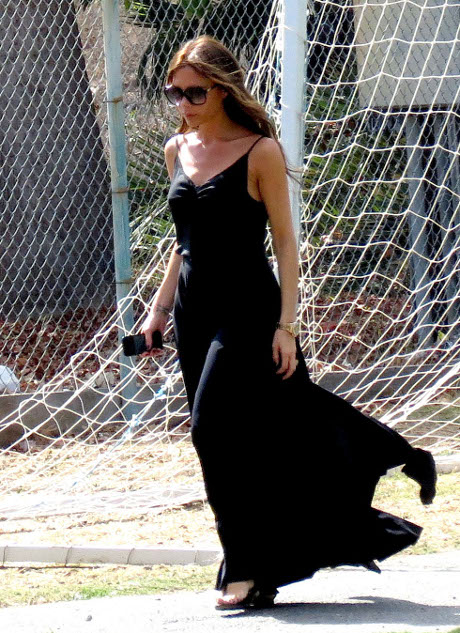 Victoria Beckham loves her children, there’s no doubt about that, and rumor has it that she soon might be welcoming another lil’ one into the soccer-loving family! The singer and wife of David Beckham welcomed her fourth child, Harper Seven, into the world just fifteen months ago. And according to Victoria’s friend, who’s been dropping hints that the singer’s expecting again, she’s changing up her lifestyle to accommodate another pregnancy.

It’s reported that Victoria Beckham has been chatting it up with one of her girl pals and, in the process, letting a few preggo-telling details slip out as well. Woops. “When she was last in London, Victoria was dropping hints that her current unruly brood might become even more unruly next year,” the source says. The source continues, “She was also talking about having some strange food fads and she didn’t drink at all, not even to celebrate after performing at the Olympics. Her behavior led to some of her friends asking outright if she was pregnant and she just smiled in response.”

On top of all these rumors, the friend adds that Victoria is absolutely desperate to have another baby before she hits the big forty. “Posh is desperate for one more baby before she’s 40 [in April 2014], and David was quick to agree.”

Do you think it’s possible that there’s going to be another lil’ Beckham running around in the world soon? Goodness, sakes. She has so many children! Do you think Posh can handle another one or should this Spice Girl stop procreating? Is David Beckham ready to add another son or daughter to his all-star, super posh team? Let us know in the comments section below what you think about this rumor-age! Is it real or is it super fake?