Russell Brand Erases Katy Perry From His Life And His Skin 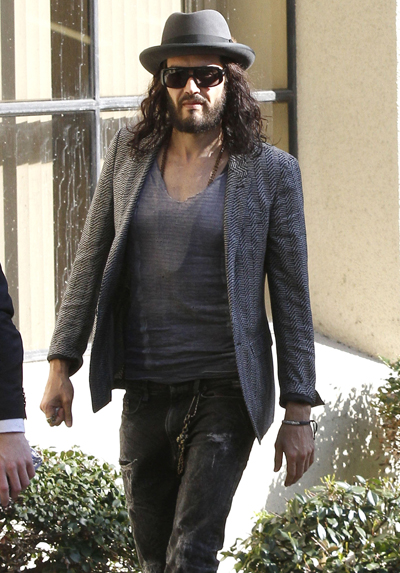 If it wasn’t clear from his brand new girlfriend, Russell Brand has moved on from his failed marriage to Katy Perry and is anxious to hit the ‘delete’ button on their time together.

According to Hollywood Life, the 36-year-old comedian visited a tattoo parlor in Hollywood this week to permanently remove a tattoo that he and Katy got while they were a couple: a script on his right arm that said, ‘Anuugacchati Pravaha.’ Reportedly, Russell showed up with his girlfriend, Hungarian model Nikolett Barabas, at 1:15am because, clearly, getting rid of this symbol of his doomed relationship to Katy couldn’t wait!

Russell got the ink, which translated means ‘Go with the Flow’ with the singer in 2010, shortly before they became engaged. They later married in October 2010, before calling it quits on their marriage in December 2011.

However, now that he’s with Nikolett, perhaps Russell wants to make room for a new tattoo on his bicep. Related: Katy Perry Runs Out Of Of Nightclub As Russell Brand Arrives