BY Allison Blaney on May 29, 2012 | Comments: one comment
Related : Kate Middleton 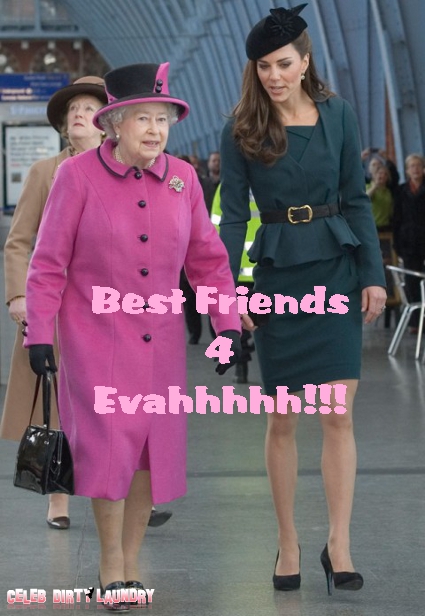 While she certainly has a wee bit more cash to drop on new threads than the rest of us, Kate Middleton has apparently become well liked by Queen Elizabeth because of her thrifty attitude. In an article dedicated to the queen for her Diamond Jubilee, Sir Roy Strong, a celebrated Royal Historian, asserts that the queen greatly approves of the Duchess of Cambridge’s frequent recycling of outfits. Calling the queen a “make-do-and-mend queen,” Sir Strong credits Elizabeth’s upbringing in war-torn Britain for making her so thrifty.

Kate, who reportedly refused a personal dresser because it was a waste of money, has been openly criticized for wearing the same outfit twice on several occasions. For instance, she re-wore the blue dress from her engagement photos during her Canada tour with Prince William in 2011.

In addition to re-wearing outfits, the 30-year-old duchess also shares outfits with her mother and frequents sales and online stores. She also has a policy against accepting free clothing and accessories from retailers. Also, in a strategy used by all us poor girls, Kate tries to make recycled outfits look fresh by pairing them with different accessories.

According to the Herald, it is Kate’s awareness of the current economic climate that keeps her from extravagant spending, “Changing outfits for every engagement is simply not practical or affordable and would send the wrong message,” said a friend close to Kate.

Still, Kate spends more than the average person on her wardrobe and reportedly dropped the equivalent of $39, 000 on the clothing for her royal tour last year. As the Herald says, “Staying chic for royal occasions is expensive.”

However, not all people share the monarch’s approval of the Duchess’s sartorial choices. As we reported in December of 2011, Kate landed on the Telegraph’s worst dressed list for a frumpy blue coat and those infamous nude stockings.

Nude stockings or not, Kate still deserves a massive fist bump for her practical approach to dressing. Thanks to her, I don’t feel as bad for re-wearing the same blue dress to every summer wedding on the books!