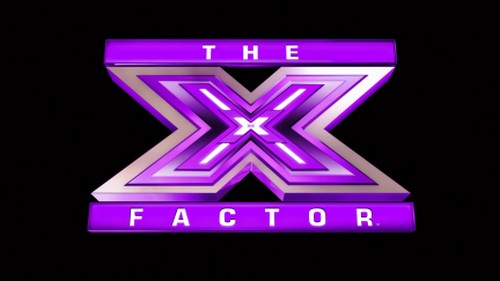 Tonight on FOX is an all new episode of THE X FACTOR USA.  On tonight’s elimination show hosts Khloé Kardashian Odom and Mario Lopez reveal the results of America’s votes and one finalist is eliminated from the competition.  On last night’s show the top 12 went to the top 13.  The finalists got a surprise at the beginning of the show and Simon Cowell brought back Diamond White saying, “We believe we made a mistake with one act.  We’ve asked this particular act to join the finals.”

The top 13 finalists sang last night songs from movies and judges L.A. Reid, Demi Lovato and Britney Spears gave their commentary hoping to sway America’s votes.  Did you want last night’s show?  We did and we recapped it here for you!

On tonight’s show and the first of the LIVE results show of the season, hosts Khloé Kardashian Odom and Mario Lopez reveal the results of America’s votes and one finalist is eliminated from the competition.   So after tonight we will be back right where we started at the beginning of last night night’s show the Top 12.   We are betting that Jason Brock may be in jeopardy because of his performance and the judges comments.  What do you think?  Who do you think will be going home tonight?

All on this week, One Direction – the global sensation that rose to fame on the U.K. version of “The X Factor” – will take the stage to perform two songs, “Live While We’re Young” and “Little Things,” on THE X FACTOR’s first LIVE results show of the season.  The boys has this to say about being on the show.

“Having come from the U.K. ‘X Factor,’ we can’t wait to perform on the U.S. stage ­– it’s going to be a great night!” said group member Zayn Malik.  “We’re really excited to be on the American ‘X Factor,’” added fellow member Niall Horan. “It’ll be the first time we’ve performed in front of ‘Uncle Si’ since we were on the U.K. ‘X Factor.’ So, hopefully, we’ll make him proud!”

Stay tuned to Celeb Dirty Laundry for a full live recap of tonight’s episode. We will keep you up to date on all X-Factor news, reviews and spoilers and make sure to check back here regularly for more information on your favorite television shows! So don’t forget to come back to this spot at 8:00 PM for our live recap of The X Factor USA the first live result show recap at 8:00 PM EST!

Last night thirteen acts performed on The X Factor and tonight it’ll be time to same farewell to one of them! One Direction opens the show, performing Live While We’re Young. I’m admittedly not a fan and to me they sound horrible but I’m betting most people won’t notice because all of their fangirls in the audience are masking the blah performance.

Up next is ten minutes of reviewing last nights performance show until judges finally take the stage with their hopeful contestants. Safe and through to the top twelve is Arin Ray, Paige Thomas, Diamond White, Vino Alan, Jennel Garcia and Emblem3.  Six more acts will be named with the bottom two vote getters having to sing for that last position.

One performance isn’t nearly enough so Simon Cowell has his proteges singing a second song. It’s much better than the first. The fangirls agree.

Also voted into the top twelve are Carly Rose Sonenclare, Tate Stevens, Beatrice Miller, Lyric 145 and Fifth Harmony. The bottom two are Jason Brock and Cece Frey. Both have to sing one song for survival and the judges will decide who is leaving. Demi Lovato has mentored Cece and she believes that her voice will save her tonight. I’m not convinced that it is going to. I have no clue what song this is and I think Cece is making a mess of it.

Jason Brock takes the stage and throws down an emotional rendition of Total Eclipse of the Heart. He has been dubbed Mr. Entertainment and also called too much of a Vegas act but I’ll tell you this much, he can sing unlike Cece before him.  Demi wants to send Jason home and LA Reid chooses Cece to go. Britney wants Cece to leave and Simon wants Jason out. The votes are deadlocked and it is now up to America’s votes. Jason got the least votes last night and he is leaving to a chorus of boos!

Now it’s time to see how America voted. In 11th place is Arin Ray. 10th place is Beatrice Miller and in 9th place is Lyric 145. In 8th place according to the at home votes is Paige Thomas. Jennel Garcia is in 7th place while Emblem3 is in 6th.  Fifth Harmony is in fifth place and in 4th place is Diamond White. 3rd place goes to Vino Alan and in second place sits Carly Rose Sonoclar. That means as of right now Tate Stevens is America’s choice! They’ll all be back to perform next week and you can catch it all here on CDL!