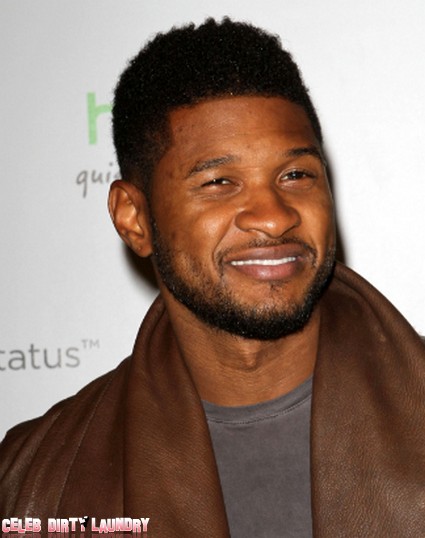 Usher fancies himself as the next Will Smith. The former fresh Prince of Bel Air is a major role model and always has been. Now the R&B superstar is following in his idol’s exact footsteps and is going to play a boxer on the big screen. For Will it was Muhammad Ali. Usher is going to play Sugar Ray Leonard.

Usher has already dabbled in acting. There was a small role in the Ashton Kutcher movie Killers  a few years back. But he has his eyes on becoming a big time Hollywood player  – just like Will. He was impressed when the star of Ali nabbed an Oscar nomination. He’s convinced a role like Sugar Ray could also give him a shot at an Academy Award. If it’s good enough for Mr Smith it’s good enough for Usher!

Here’s what we know so far about the movie. The Caught Up singer will portray the now-retired champ in Hands of Stone, a biopic about Panamanian fighter Roberto Duran. Usher has some pretty impressive co stars too –  Robert DeNiro and Gael Garcia Bernal. The movie will begin shooting later this year but the singer is already in training for his big screen break. He told the BBC ‘If you see me in the corners boxing… I’m in preparation for a very incredible role.’

It’s a busy time all round for Usher. While he juggles singing, acting and performing professionally…he also has plenty going on in his private life. Celeb Dirty Laundry is following it here Usher Fights For His Kids