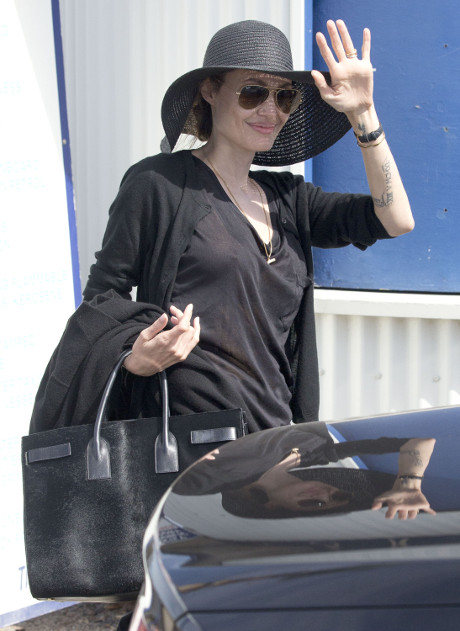 We know Angelina and Brad Pitt are both, by Hollywood standards, workaholics — but Angelina might be more prone to throw her entire being into a project when compared to Brad. “Angelina is at her lowest weight ever,” says the magazine’s insider. “She’s a total workaholic and whenever she gets into a new project, eating falls by the wayside.”

Apparently, Angelina has been indulging in supplemental shakes that she feels will give her all the required vitamins she needs to stay healthy and fit. But the insider says that this is just wrong, that she’s completely malnourished and not taking any steps to get better. “She feels like she gets all the vitamins she needs in some low-calorie juice shakes, but the truth is she’s terribly malnourished. She’s just 93 pounds. It’s almost superhuman that she’s able to function at all.”

What do you think about this new tabloid story? It’s no secret Angie’s working on a new directorial project, but do you think it’s taking more from her than just time away from her children? Is Angelina Jolie anorexic? Leave your thoughts in the comments section below.