Anne Hathaway Memoir Got Rejected By Publishers Because She’s Not “Popular” and People Hate Her? 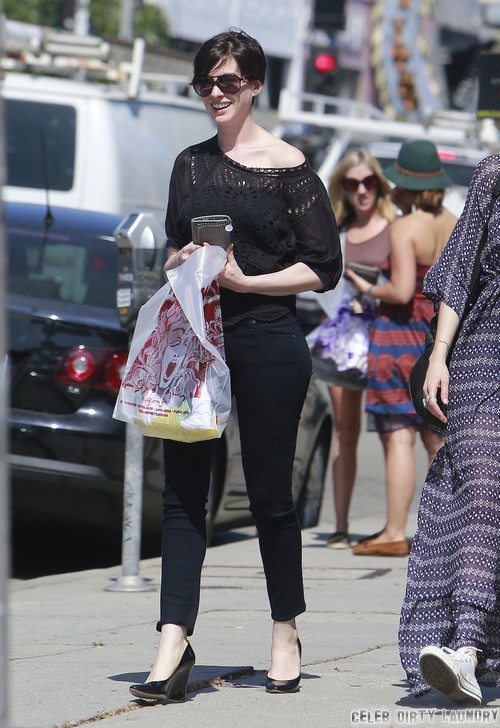 Did Anne Hathaway’s memoir get rejected by publishers because she’s not ‘popular’ enough? Ouch, that has to sting.

According to a new report from Star Magazine, “The actress’ not-so-highly anticipated memoir was rejected by numerous publishing houses when she pitched the idea of writing her life story.” A source explains, “Anne was told flat out that her life isn’t just that interesting and she’s just not popular enough. She is crushed because she thought she had a best-seller.”

Well, that’s really harsh. As much as Anne Hathaway can be cloying and annoying to many people on the Internet, the general public still loves her and she is an A-list movie star for a reason. Forget her off-screen personality, she is a tremendous actress and her movie choices have always been fantastic. She had a phenomenal 2012, with one of the highest grossing movies of the year with The Dark Knight Rises and then an Oscar win for Les Miserables. Everyone in the US and a lot of people internationally know who Anne Hathaway is, so ‘not popular’ enough might not be accurate. Now, the report could also mean that people don’t like her, which may be more accurate – even if everyone knows her, it was obvious after awards season that she wasn’t exactly popular with a lot of people.

Regardless, I don’t really think Anne Hathaway is trying to get a memoir published. She’s extremely busy with her acting career, with multiple projects set to film back to back. And actors and actresses tend to only turn to memoirs when their careers have pretty much reached their end, which Anne’s definitely hasn’t.

Anne Hathaway shopping in West Hollywood, California with her husband and a friend on July 22