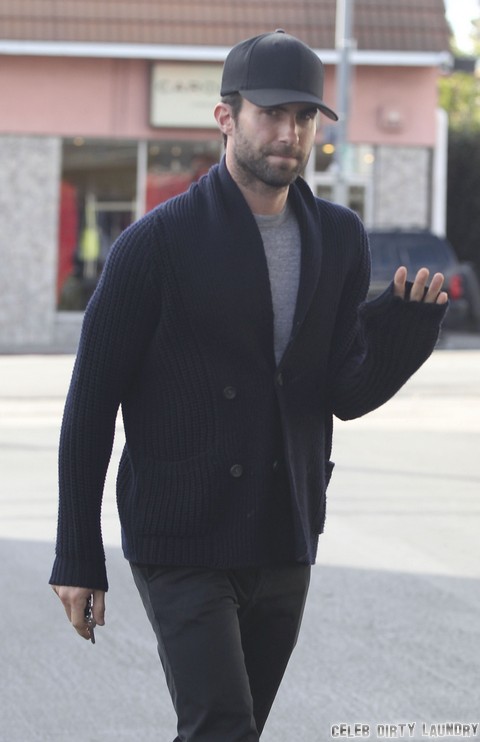 There were reports that Miranda Lambert was unhappy about Blake Shelton’s close friendship with Adam Levine because Miranda apparently thought that Adam was a negative influence on Blake. Tying this into Miranda’s worry about Blake’s infidelity, the National Enquirer is saying that Miranda basically didn’t want Adam hanging out with her husband because of all the skimpy models and crazy parties that Adam hosted. According to the Enquirer, Miranda is much happier now that Blake has gotten a new best friend: Usher.

The Enquirer first attempts to go in-depth into why Miranda hates Adam, with a source saying, “Miranda always thought [Levine] was a bad influence on her husband. Adam and Blake did a lot of carousing around Los Angeles. The two played hard and partied hard, and Blake would brag to Miranda about going over to Adam’s house and seeing a bunch of models in bikinis hanging out by his pool.”

Now that Shakira and Usher have joined the Voice, apparently Blake has been spending less time with Adam and more time with Usher. Why is this good? Well, according to the Enquirer’s ‘source’, “Miranda wants kids someday, and she thinks Usher’s a great role model for Blake. As far as she’s concerned, the less time Blake spends with Adam and the more time he spends with Usher, the better.”

Now, even though Miranda and Blake want us to think that everything is fine and dandy in their relationship, I think we can all figure out that everything is NOT fine in their relationship. Miranda has pretty much admitted in the past that she snoops on Blake’s phone, and infidelity rumors have been plaguing Blake for the past couple of years. Rumors don’t stick around for that long unless there’s something to them.

That being said, I think everybody on the Voice gets along pretty equally. I don’t think that Blake has stopped hanging out with Adam, and if anything, Miranda should be worried about Blake’s flirtation with Shakira. Oh wait, the tabloids already came up with that one. Ok, I got nothing.