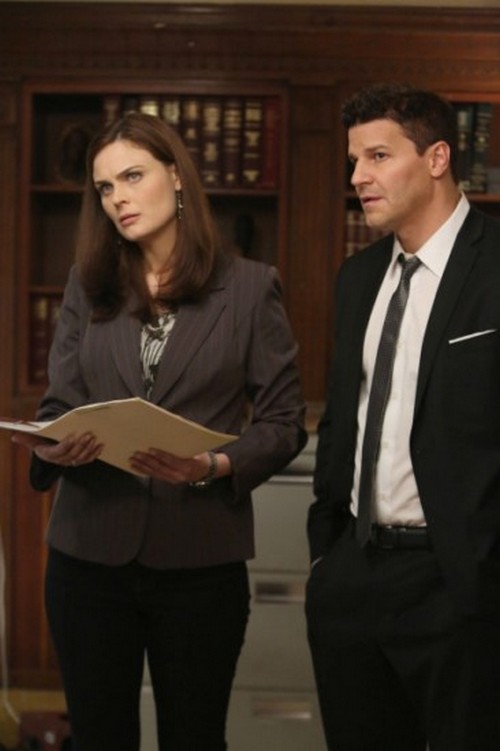 Tonight on FOX BONES returns with a whole new episode called, “The Survivor in the Soap.” On tonight’s show they discover that the victim was an immigrant from Sierra Leone working numerous part-time jobs in order to make ends meet. Did you watch last week’s show? We did and we recapped it for you HERE!

On last week’s show the Jeffersonian team investigated the remains of a 15-year-old boy. Although his mother and few close friends saw him as intelligent with poor social skills, the team discovered that this seemingly innocent boy was actually involved in illegal activity and had attended a high school party two weeks prior where drugs were present. The investigation took an ugly turn when an underage girl confessed to being raped and the deceased boy’s reputation was compromised.

On tonight’s show The Jeffersonian team investigates the death of Symchay Conteh, a young man whose remains were found in a barrel at a hazardous waste disposal facility. They discover that the victim was an immigrant from Sierra Leone working numerous part-time jobs in order to make ends meet. 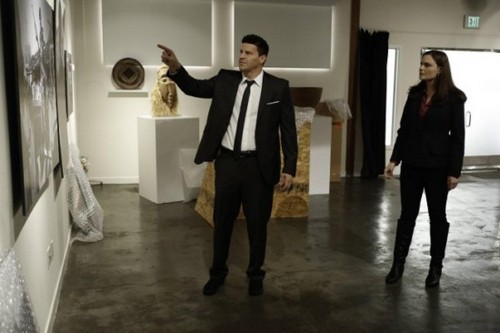 Meanwhile, as the team gets deeper into the investigation, Cam and Arastoo (guest star Pej Vahdat) find it even more difficult to keep their relationship a secret and Brennan and Booth try to decide on a vacation destination

Tonight’s Bones episode 18 is going to be exciting, and you won’t want to miss. So be sure to tune in for our live coverage of Bones — tonight at 9PM EST! While you wait for our recap, hit the comments and let us know how you are enjoying Season 8 of Bones?