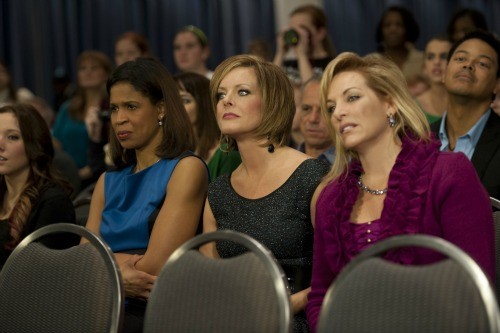 Tonight on Lifetime DANCE MOM returns with a whole new episode called, “Bye Bye Baby.” On tonight’s episode Melissa’s kids decide to outshine with a shout out to the lost pet and that does not sit well.  It also looks like the Moms are going to end up in their biggest fight yet.  If you missed the drama of last week, we have your recap right here.

On last week’s Christi and Chloe’s returned to the studio after a one-week suspension was spoiled and tension between Christi and Kelly boiled over. With Christi and Kelly bickering, Melissa tried to take advantage of the situation. Meanwhile, Nia was determined to perform the duet that Abby pulled the previous week.

On tonight’s show when Abby’s precious pet Broadway Baby has passed away and Abby leaves the ALDC team to fend for themselves. To make matters worse, this week the team heads to St. Louis where they go up against the infamous Kaya Wiley and she’s not going down without a fight!  The moms may have found their match when Kaya returns and it seems just as willing to fling insults as they are.

Tonight’s episode is going to be another drama packed one, which you won’t want to miss. So be sure to tune in for live coverage of Lifetime’s Dance Moms Season 3 episode 9— tonight at 9PM EST.