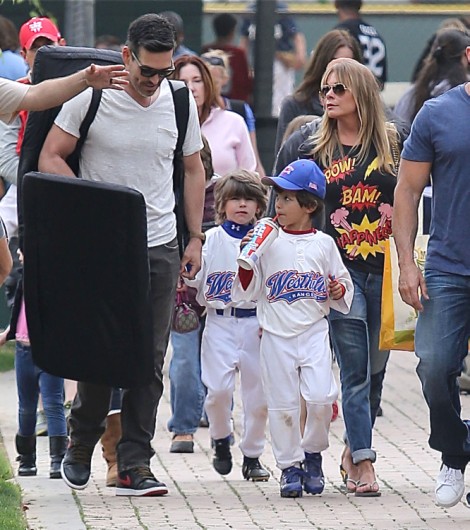 Brandi Glanville’s tweet created a firestorm when she insinuated that Eddie Cibrian was texting her up for booty calls again. Did she say Eddie’s name in the tweet? No. Did she mention an ex-husband? No. Did she mention the dude was texting behind his gross new wife’s back? No. And yet everyone still believed it was about Eddie because that’s the way she wanted it to sound.

Just a day after Eddie and LeAnn celebrated their second wedding anniversary all over social media, Brandi tweeted, “If an ‘ex’ reaches back out to u with a ‘hey’ or ‘sup text,do not fall 4 it! They dont want u back they just want 2make sure ur still invested.”

Eddie’s people worked quick to deny the story to Radar Online instead stating that he NEVER talks to Brandi, let alone booty call texts her. Because he’d never cheat, right? I wouldn’t be surprised if he was though. Brandi’s got a new man. She’s supposedly turning over a new leaf and growing up from this feud (although it doesn’t seem like it here). So those conditions are ripe for an old husband to return to the picture. Still… I have no doubt Eddie will eventually cheat on LeAnn Rimes. I just doubt Brandi will let him do it with her. I like to think the has more pride than that.

What do you think? Is Eddie Cibrian texting Brandi on the sly? Would he be that stupid?