Eva Longoria and Ernesto Arguello Split Up Over Politics: Lovers Battled Over Right Versus Left 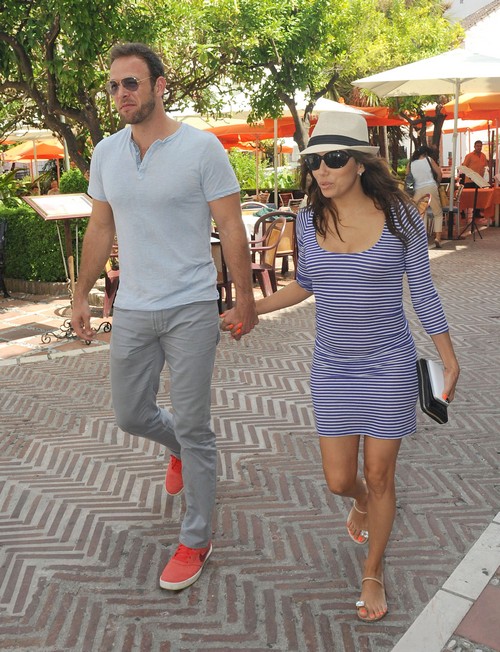 I knew when Eva Longoria and Ernesto Arguello split up it was over a whole lot more than conflicting schedules! A few weeks ago the former couple claimed that after 4 months of hot and heavy dating they split because he was based in Miami and Eva was rooted in LA, creating a long distance situation that they didn’t want to contend with. My first thought was that celebs are used to being separated because of work and so this situation wasn’t unusual and furthermore, Eva was once married to a guy who was on the road a lot, so what really gives?

According to the Sept. 16th print edition of Star magazine it was actually politics that divided Eva and Ernesto. Eva is a very liberal left-wing woman and Ernesto’s leanings are conservative. This division ultimately meant that they weren’t in sync on some serious, life-altering topics and it caused a total stalemate between them.

Perhaps they should have talked about politics and maybe even religion before telling the world how in love they were! They sold this relationship like wedding bells were imminent and here it sounds like if they had a few serious talks right from the get go they would have realized that this was all about physical chemistry and not a relationship that was really going anywhere!

Are you surprised that Eva and Ernesto split just as quickly as they proclaimed their love for each other? Did you think that they were the real deal or did it seem like a quick, lusty thing that was bound to burn out just as quickly as it did? Tell us your thoughts in the comments below!