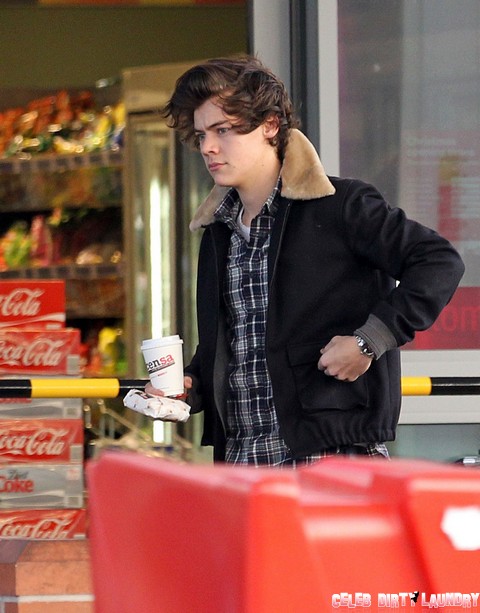 Despite her good girl demeanor, Taylor Swift is quite the little brat when it comes to dating. Based on her four albums, it’s pretty obvious that once something goes on in the relationship, she flips into bitch mode and goes vengeance on the poor guy. I think Taylor Lautner has been the only exception so far, and I assume it’s because he’s a martial arts champion. Oh, and those abs. Who could be mad at those abs? Anyways. Taylor has been brazen about dating One Direction singer Harry Styles, causing the demise of her female fans as they struggle to sort out their girl power love of Taylor and their hormone ridden longing for Harry. Taylor doesn’t yet know she’s being used (rather than using!), and there will be hell to pay once she finds out!

According to a source at National Enquirer, print edition January 14, 2013, “Taylor Swift is about to have her heart broken” because their entire relationship was “orchestrated by his publicist to cast even more light on the handsome teen pop idol.” So how does this work? The couple met at the Nickelodeon Kids’ Choice Awards in March 2012, and after a summer fling with Conor Kennedy sizzled out, Harry’s team “began doing everything they could to push the two closer together.” Why all the trouble? All good PR teams know that whenever “Taylor starts dating a new guy she gets a flurry of media attention, and her breakups receive even more.”

So, to get this all straight: Harry’s team have pushed him to Taylor, because when they break up, he’ll get even more famous than the international—if not universal—fame he’s already achieved. And don’t think Harry doesn’t know what’s going on. The source claims he’s “just waiting for the relationship to take its course and reap the publicity benefits of a breakup.” This is a bit hard to swallow, but not wholly! Taylor and Harry are both fame whores, and Taylor does get huge masses of attention any time she makes eye contact with a man. It goes without saying that Harry enters a new sphere of famedom by association, and the vengeful break up songs will be top on iTunes. He’ll be guaranteed life long fame, even if One Direction disappears. Do you think Harry is using Taylor?