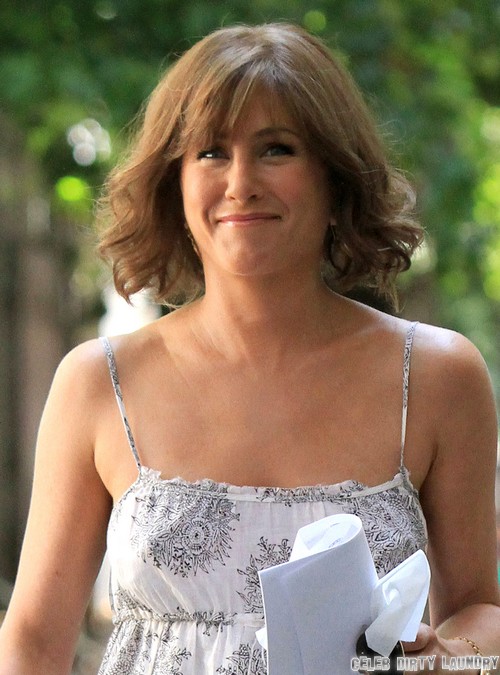 Jennifer Aniston and Justin Theroux always seem to be in some sort of limbo over their marriage. The tabloid reports are giving me whiplash.

They’re getting married. Nope, sorry, they’re not getting married. Jennifer and Justin are having a fight because she wants to live in LA and he wants to live in New York. Oh, they actually resolved that. No, they didn’t. They’re now fighting about where their wedding will take place. Oh, it looks like Justin was just using Jennifer all along for her fame. Nope, just kidding, they’re still in love. And look, they even stepped out together to prove it.

New reports claim that even though they publicly stepped out to combat the split rumors, Justin and Jennifer are still unsure about the marriage part of their relationship. Don’t be fooled by the tabloid reports, since sources add that Jennifer is as hesitant to get married as Justin. She’s apparently ‘not sure’ that she can trust Justin 100%, so she’s trying to hold off on the wedding. Apparently, she won’t be able to deal with another Brad Pitt-esque scenario.

Well, kudos to her for being cautious. I was actually watching the Friends episode where Brad Pitt makes a guest appearance last night, and man, he was so good looking back in the day. I don’t blame Jennifer for being heartbroken, and I don’t blame her for wanting to make sure that Justin’s the right guy.