Joe Jonas Set to Propose to Girlfriend Blanda Eggenschwiler: She in it For Love or Fame? 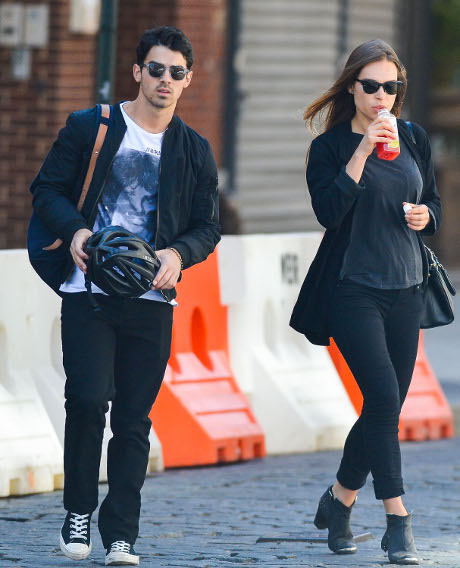 Joe Jonas has been going out with his girlfriend, Blanda Eggenschwiler, for more than six months now, and reports are coming in that he’s about to propose to her. Despite recent reports stating that Blanda is just using Joe for his fame, it looks like he’s head over heels in love with her.

A source close to the couple tells OceanUp, “There have been rumors of a Joe and Blanda breakup, but they are far from true. Joe is planning on popping the question to Blanda while on their island getaway. It is the perfect time to ask because his whole family is making the trip. He has been thinking about this for a while and wanted to make it official before their tour starts up so Blanda will have a reason to travel the country with him. Don’t be surprised when Blanda comes backs with a new jewelry addition.”

Well done, Joe Jonas’s rep. Way to leak this ‘announcement’ on the heels of rumors going around that Joe is gay.

No doubt, he might be planning on proposing to her. And we really don’t know for sure that Joe is gay, although plenty of people have been hinting at it for the past few years. Maybe he truly loves Blanda Eggenschwiler [although I hope she changes her last name to Jonas after she gets married], and she’s not using him for his fame. In that case, I wish them all the happiness in the world.

Do you guys think that Joe and Blanda will get married? They haven’t even been dating for a year, so is it too soon? Do you truly believe that their marriage will last, even if they do get married? Is Joe Jonas gay? So many questions! Let us know what you think in the comments.