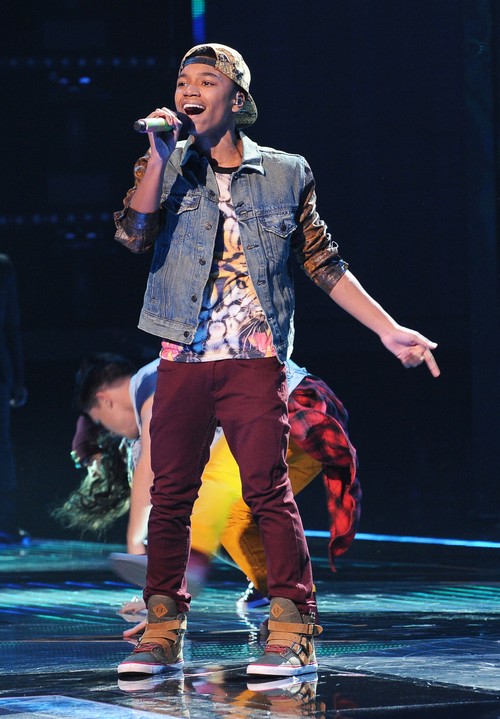 Josh Levi took the stage tonight on THE X FACTOR USA for the first of the live performance shows. Josh Levi sang “Who’s Loving You”  by The Jackson Five.  Josh was brought back by the coaches because they did not think he should go home and they decided to give him this song for his Motown choice. On tonight’s show the top 12 performed live in front of coaches Simon Cowell, Kelly Rowland, Demi Lovato and Paulina Rubio for America’s vote and to make it another week. Did you watch tonight’s performance show? We did and we recapped it here for you.

Judges comments: Demi says it was an amazing come back and she is extremely impressed; believing he will have a long career. Kelly says that he comes to life on stage and is so happy he is back; his notes were just great. Simon says he went literally from zero to hero; the difference is just amazing. Paulina says he’s the youngest and was sad having him gone from the last show; she is glad to see him come back with such power.

Josh from Houston, Texas was thrilled to be coming back and making a come back. If you want to see Josh make it another week, you have to vote for her. Vote for Josh at 1-855-THE-XF-06.