Julianne Hough and Ari Sandel Caught Sleeping Together – What Does Ryan Seacrest Think? 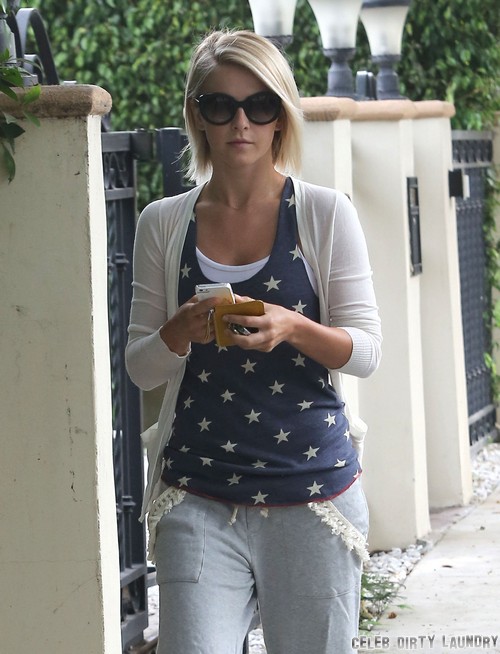 Ari Sandel was spotted doing the walk of shame from Julianne Hough’s home this weekend but he was enough of a gent to send flowers after the deed. All in unison now, awwwwwwwww.

As we know, Julianne and Ryan Seacrest broke up earlier this year, and although there were many, many rumors about the cause of their breakup, they have both remained silent. Ryan was spotted flirting it up with several models after the split, but Julianne has been keeping it fairly quiet – until now.

Some fans were initially speculating that things between Ari Sandel and Julianne Hough were just casual, but flowers don’t exactly scream casual. Apparently, Ari left the apartment after Julianne’s 25th birthday party and he was later spotted at a flower shop – and then what should turn up at Julianne’s apartment but a delivery of flowers. In the pictures, she looked delighted and surprised, and honestly, who wouldn’t?

I’m sure Ryan Seacrest has done nice things in the past, but since Ari Sandel is an Oscar-winning director, we’ll go with upgrade on this one.

What do you guys think about Julianne and Ari’s relationship heating up? Do you wish she was still with Ryan? Let us know your thoughts in the comments.