KHLOE KARDASHIAN’S BEEN CHEATING WITH DEANDRE MORRIS, THE GAMES BROTHER! 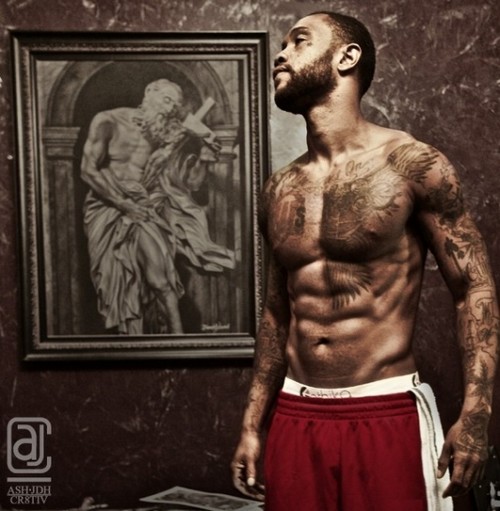 Despite the fact that Khloe Kardashian and Lamar Odom tied the knot after only knowing each other 30 days for a while it seemed like they were the only Kardashian Klan couple to be enjoying a real and mostly healthy relationship. This is probably because Khloe – albeit not the hottest of the bunch – is the only one who seems to have a soul; a trait I suspect she inherited from her suspected biological dad the hairdresser, Alex Roldan. The last few weeks have brought to light a lot of things that we previously didn’t know about Lamar, like his addiction to crack cocaine and his pension for cheating while high on said drugs.

I suspect that Khloe would have stuck by Lamar if drugs were the only problem since A, that would be real shitty to leave the supposed love of your life while they are struggling with addiction and B, home girl engages in her own – although admittedly much milder – recreational drug use. Nope it was not the drugs but the multiple mistresses that was the straw that broke this camel’s back.

But Lamar was not the only one – ahem – “connecting” with other people outside their marriage. It was rumored that Khloe was cheating on Lamar with rapper The Game. Back in March Game adamantly denied hooking up with Khloe teling TMZ, “Khloe is my friend. She is like a sister. We have never and will never be sleeping together. Lamar is my homie and her husband and I wish people wouldn’t spread such false rumors.“

There is no denying that Khloe and Game have a strong friendship and are seen out together a lot but it isn’t Game that Lamar has to worry about but his lesser known brother Deandre Morris. Game is simply covering for his brother by providing a diversion. A source told Diary of A Hollywood Street King, “People don’t notice because Game’s been covering for Byrd. Lamar ain’t the only one who’s been cheating.”

This news can’t make Lamar too happy but as they say what is good for the goose is good for the gander. Khloe is said to be ready to pull the plug on her marriage but is afraid that it will hurt her brand that Lamar with OD or kill himself. For now she is content to remain the long suffering wife as she secretly steps out with Morris.

All the media attention surrounding the state of her marriage seems to be getting to her because she took to her twitter to vent writing “Speculate all you want. The armor I put around MY family can’t melt or even scratch. So continue to throw your daggers.” Followed by, “You will never cut us, you will just tire yourself out. Strong and united we will still stand.” Chill Khloe we are on your side, if any Kardashian deserves a happy ending it is you.