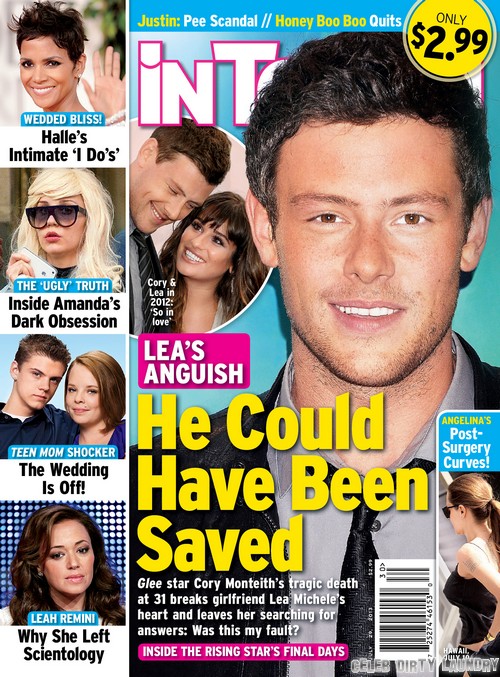 In this week’s edition for In Touch magazine, they’ve come up with an exclusive look into the Khloe Kardashian and Lamar Odom‘s marriage. For one, these cheating rumors didn’t really pick up steam until last week with the ugly and volatile confrontation between Lamar and the press. Well in actuality Khloe has been hearing about the cheating since early July.

Another sad part of the affair is that no one could claim it was one night stand. No, it was a year long affair. The same year many viewers of all the Kardashian shows got to see Khloe struggle with her inability to conceive. It was hard enough on Khloe knowing Lamar can have kids but the recent rumors of Lamar trying to conceive with his mistress may prove to be too much.

Whatever the case, In Touch and I agree, the ball is in her court in now. Prior to all of this Khloe was notoriously known for looking after Lamar and putting his needs first. Well that 1950s crap is about to end.  I don’t see her as the same women that traveled with all of Lamar’s favorite snacks so he wouldn’t have to, I don’t know, buy his own. If there’s anything men should have taken from Tiger Woods is that if you hurt your wife, she can be vengeful. Khloe doesn’t need a golf club to do some damage. Not when one of the mistresses has come out publicly to apologize.

The mistress also shared what Lamar had supposedly told her about his marriage. He claimed it was a business arrangement. Wow!!! According to a friend, “They’ve been fighting a lot. They never really fixed the main issue.” Hmm; how to fix the issue of your husband seeing you as business arrangement? Either be petty and burn his stuff to the ground or simply take him to a cleaners in a divorce.

Divorce is hard but let’s face it, she could always borrow Kim’s lawyer.