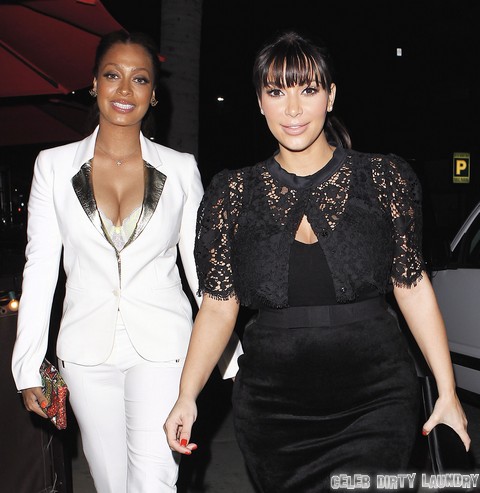 Kim Kardashian reportedly sat for her deposition on Tuesday, away from the glare of cameras and under secrecy. The deposition will play a major role in the upcoming trial where Kris Humphries has sued Kim Kardashian for marriage fraud. Now, we’ve seen the court documents and there’s no chance in hell that a court would let Kim get away with this, right? Especially since she reportedly sat there with a straight face during the deposition, and said that she was actually in love with Kris when she said ‘I do’ during their vows. Kim Kardashian just straight up lied under oath. I mean, sure, she lies on TV all the time so she has plenty of practice, but you’d think she would blink twice before doing it in court. Apparently not.

Honestly, this is the type of case that should be slam dunk, but unfortunately won’t be because of legal stipulations and boundaries. It’s hard to prove someone’s ‘love’ beyond reasonable doubt, even though the evidence certainly supports Kris’s position.

TMZ reports that the deposition lasted for 9 hours, and that it so far hasn’t helped Kris in any way, especially since Kris didn’t even show up for it. Kris’ lawyer, who was there, has reportedly made threats about exposing the reality show mechanisms during the trial, so maybe they’re just biding their time. It’ll be interesting to see what happens when the cameras go on in the court room – Kim will probably revert to being a drama queen and play on the judge’s sympathies and say, ‘Oh poor me, I just wanted a divorce, and he refuses to give it to me, and I’m pregnant, wah wah wah.’

The trial starts May 6th, and it will be a fascinating character study of fame whores. While I’m certainly rooting for Kris to come out ahead, it’s still a case of who do I hate less than who do I like more. Plus, there’s the fact that Kris’s lawyers have proof of Kim’s lying, but it doesn’t look like those documents will be the slamdunk evidence that they need to be.