Kim Kardashian Going Super Crazy while under Lock Down in Mansion with Baby North! 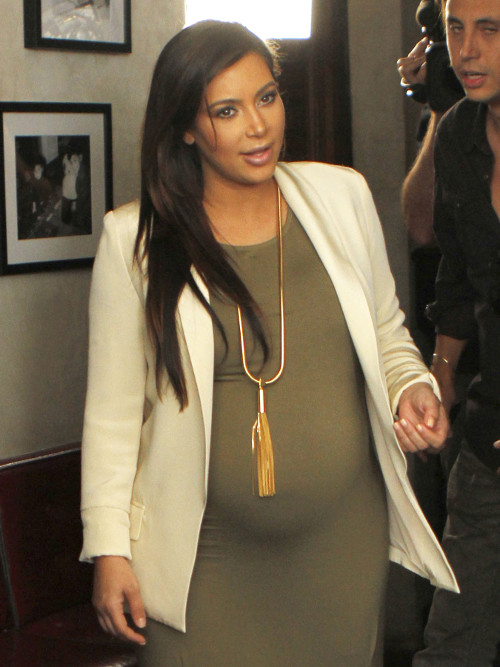 There’s no hiding the fact that Kim Kardashian is head over heels about her new lil’ baby, North West; however, being locked up in the house, simply trying to protect her and her baby from the ever looming photographers, has her going batty. All she wants to do is leave the mansion for a bit, to get a breath of fresh L.A. summer smog, but the notion of being pre-exposed to the world has her terrified and uneasy. The Kardashians want to reveal North when the time is right and in a way they see fit — and being exposed by a sneak attack is not one of them.

According to Radar Online, “Kim really loves being a mom and she can’t get enough of baby North, but being in the house all the time is making her stir-crazy.”

“Kim knows that her baby pictures could bring in a lot of money, millions even, and so she has to guard her very carefully. So she’s staying at home but she is saying it is getting overwhelming not to be allowed to leave the house.”

“Kim would love to be able to leave the house the way she used to, especially with baby North, but for now she’s saying that she has to stay home and that’s starting to make her nuts.”

It’s crazy how long these Kardashians are making us wait for some pics of the new baby. There’s been a lot of talk that the baby will appear on Kris Jenner’s new talk show, which would obviously make sense. But some people are saying that that won’t be the case. Who knows? We’ll just have to wait and see. Which tabloid do you think will score the pics — priced at a bajillion dollars.