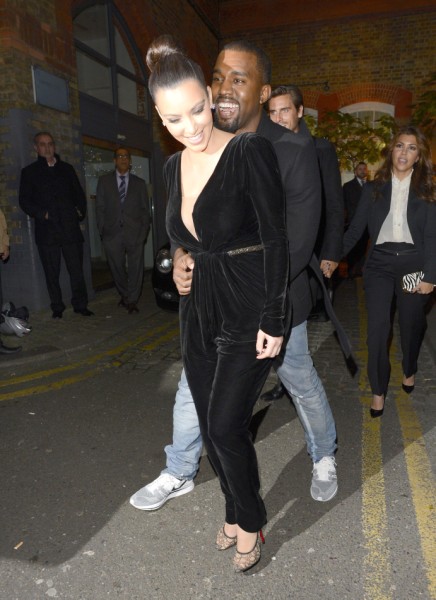 The new parents of North West are hell bent on getting hitched as soon as possible and have their hearts set on Egypt. Revolutions and military coups be damned!

“This time she wants something different and exotic. She likes how Katy Perry and Russell Brand got married in India with an Indian-themed wedding. She wants that. Kim thinks she’s the spitting image of Egyptian goddess Isis, so she has been talking about doing an Egyptian-themed wedding, at the pyramids. She says Kanye digs the idea too. It will cost millions to fly everyone to Egypt, but money is no object,” a source told OK! magazine.

You get the feeling Kim likes the idea of following in the same footsteps as famous loves like Cleopatra and Mark Antony or, more likely, Elizabeth Taylor and Richard Burton. Because those relationships both ended so well… but I doubt her knowledge of history is any better than her knowledge of current events.

Regardless of place it sounds like a destination wedding is in order for the two. Kris Jenner mentioned the Kim Kardashian wedding wasn’t going to be a big fiasco this time around so this sounds about right. Not the Egypt part – that sounds asinine. Why not Disneyworld? Didn’t Kanye just say he was the second coming of Walt Disney? That would be amazing – and kid friendly. Aren’t these two parents of the year now? Why even consider Egypt? Kim Kardashian should know strollers and sand and pyramids do not mix.