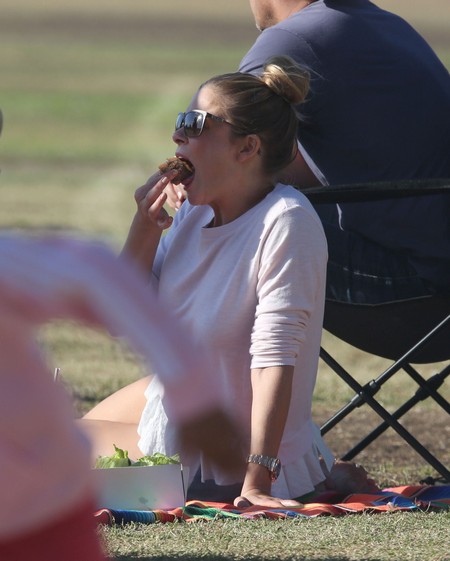 Star Magazine alleges that LeAnn Rimes is using pregnancy as a last-ditch effort to keep Eddie Cibrian from leaving her. We already know that Eddie and LeAnn are on the verge of breaking up after Eddie grew tired of LeAnn’s crazy antics, and the only reason they’re still ‘together’ is probably for the sake of their reality show.

Now, it’s completely possible that LeAnn will use pregnancy as a tactic, especially if she’s as desperate as the report claims. However, why would that help? A baby didn’t stop Eddie from cheating on Brandi Glanville and then leaving her for LeAnn, so why would it stop him from doing the same thing to LeAnn?

And secondly, there’s no way LeAnn would maintain a pregnancy with her alcohol intake. She was clearly smashed during her performance in Taiwan last weekend, and her constant drinking would mean disaster for her unborn child.

Basically, LeAnn could very well attempt to get ‘pregnant’ to keep Eddie, but it’s highly unlikely that it will be successful. In fact, I’d say her best option at preventing him from leaving her is to use the media as leverage. If he leaves, their reality show is dead on arrival, which neither of them would want. Sure, they could continue pretending for the sake of cameras, but neither of them are particularly strong actors and the tabloids would sniff out the truth soon enough.

What do you guys think? Do you think it’s outlandish to suggest that LeAnn would resort to such desperate measures to keep Eddie? Or do you think she would be willing to do anything? Let us know your thoughts in the comments.