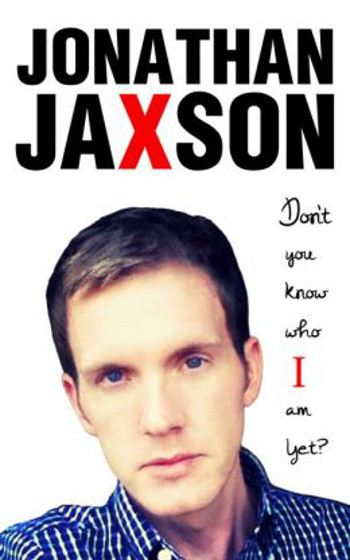 We were just sent an exclusive bit of information claiming that LeAnn Rimes — who’s involved in a never ending feud with Brandi Glanville — is threatening to sue Jonathan Jaxson, a former Hollywood publicist. The threat comes after the release of Jaxson’s tell-all book, Don’t you know who I am yet?, which contains a passage highlighting Rimes’s Twitter abuse against Brandi Glanville and the exposure of Rimes’s laxative use.

LeAnn seemed practically addicted to Twitter, the social media tool I had used to bring her to Florida. During our meal, as everyone ate and drank, she was sending unpleasant messages to Eddie’s ex-wife Brandi. She also encouraged us to join in, and we did. I wasn’t aware of the all-out feud they were having, and I thought we were helping this gracious person who had just done an amazing thing for so many people. I should have known better.

We laughed and joked around, and even stripped down for a late night swim in the chilly ocean water. The group finally called it a night, and my partner and I returned to our room, next-door to LeAnn and Eddie. Soon we heard a knock at the door, and it was a seemingly intoxicated member of LeAnn’s tour who I had been communicating with regularly.

I let him into our room and quickly realized he was wasted. Before I could ease him back out the door, he made his way to the balcony and asked if we would be interested in a threesome. I couldn’t believe how this situation was going downhill so quickly. First the Twitter craziness, and now this. I thought the negativity and sordidness was a thing of the past, but I was wrong. Just as we were getting ready to send him to his room, he got a call and suddenly pulled himself together. I could hear LeAnn’s voice on the other end of the conversation, before he said this.

“I gotta go,” he said quickly. “LeAnn needs her laxatives.”

I have no idea if this was a one-time thing or an issue, and really it was none of my business. It was just odd that he would discuss this in front of us. It gave me an uneasy feeling.

CDL reached out to Jonathan Jaxson, and he replied, “My book chronicles my 29 years of life so far. There are countless interactions with ‘celebrities’ in there and LeAnn is a VERY small portion of my book.

“Regardless, I am in no way worried or threatened by any alleged lawsuit allegations as everything I said was the truth and there was no non-disclosure agreement and I will testify that on stand,” he continues. “So bring it on! I won’t be bullied into a corner for speaking the truth.”

Jaxson’s book has been a bestseller on Amazon. Sources close the situation say LeAnn isn’t too pleased with considering he is making profit off of her name.