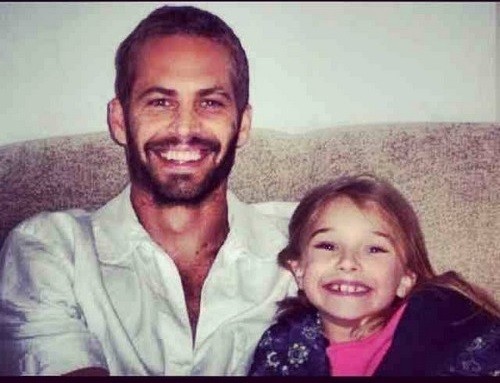 Radar Online has a post up about how Meadow Walker is ‘still in shock’ over Paul Walker‘s untimely death. Not a big surprise. She’s a fifteen year old girl who just lost her father in an accident – she’s not going to her over ‘her shock’ in 2 days.

Meadow Walker was actually at the charity event hosted by her father on Saturday when he and Roger Rodas decided to take the Porsche out for a spin. Unfortunately, he would never return from that ill-fated trip, but everyone close to Paul will feel the ramifications for years to come – especially Meadow. According to all reports, she was just starting to properly bond with her father when this happened, which makes it all the more bittersweet.

A source tells E! News, “Friends have flown in to be with her. She is in OK spirits and dealing with it the best she can for a 15 year old. She is surrounded by family and friends and they are trying comfort her and help her get through this. Everyone is taking it hard, but there has been a large outpouring of love and support for the family.”

There are still many details that don’t necessarily add up regarding Paul’s death, but one thing’s for sure: the 40-year-old actor touched many lives while he was alive. It seems like everyone he’s ever worked with is speaking up about the actor, including several studios and co-stars. His family’s also understandably devastated, including his father and daughter.  His sister Ashlie made a statement defending Paul from accusations that he dies street racing.

It will obviously be a long, long time before Meadow and everyone close to Paul ever moves on from his death. Universal has also paused production on Fast and Furious 7, with many of Paul’s co-stars unable to continue working or refusing to.