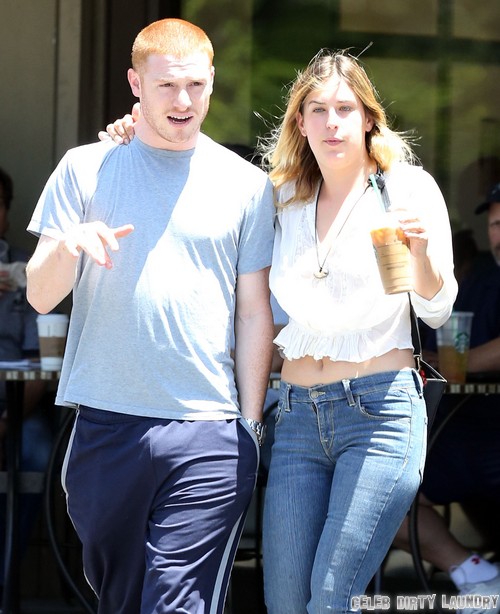 According to reports on Radar Online, Scout was drinking with a large group of friends inside a private suite during the weekend, but she was the first to take off her dress and jump into the hotel’s pool. According to sources, “Scout was the first to impulsively take the plunge, then about 10 of her friends followed suit — or suit-less. There was a lot of whistling and hooting!” The source also adds, “Scout’s sister Rumer was spotted at the party earlier in the night but she had gone before everyone decided to go butt-naked.”

This isn’t the first time Scout’s been in the news for this type of behavior. She was previously arrested for using a fake ID and underage drinking.

Scout recently graduated from college, but this kind of behavior from the young Hollywood set isn’t really surprising. I mean, look at the role model she has for a mother – Demi has been photographed dancing on poles, completely hammered. If anything, Scout skinny dipping is actually less risque than most of what Demi’s done in the past.

The report also states that Scout was warned after she and her friends came out of the pool that proper swimming attire must be worn at all costs, and I doubt the hotel staffers would allow them to do this again.

What do you guys think of Scout and her friends skinny dipping at Chateau Marmont? And do you think they should have gotten into more trouble than just getting a warning? Let us know your thoughts in the comments.