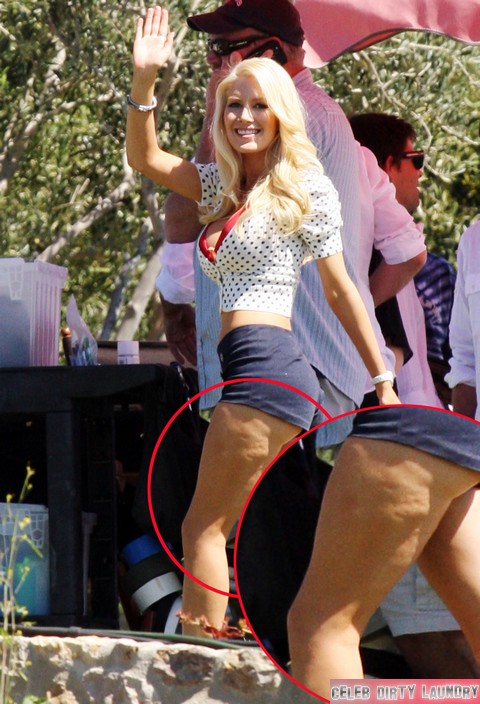 Spencer Pratt and Heidi Montag are hated in America, but after yesterday’s shocking confession that Spencer had made, he was only going to make him even more hated.. and this time it would be in the United Kingdom. The former reality stars have been pissing off their housemates for the past three weeks as they failed to join in on conversations, tasks, fun activities and anything else that would usually include the entire group.

Not a day went by when Heidi and Spencer wouldn’t start some kind of drama that would infuriate someone in the Celebrity Big Brother house. From making fun of a housemates’ Australian accent, to laughing at a crying woman who didn’t receive her letter from her children, it was all pretty damn bizarre — in fact, many people thought that these two do not have a heart, considering that they were making everyone’s life a living hell for 21 days.

… but then, a gathering of the remaining housemates who made it into the final (including Heidi and Spencer) was the moment they would come clean on why they have been acting the way they have for the past few weeks. Turns out that producers of the show agreed to pay them $500,000 if they were willing to be the nastiest people they could possibly be – this meant that they could be as rude and arrogant as possible, yet still earn a hefty fix-figure check when they walk out of the Big Brother house.

During their last dinner in the house, Spencer got up to say a speech, but no one really expected what was about to come out his mouth: “They brought us in to be Speidi and stir it all up,” Pratt said.  “I feel like a cartoon character. My talent for some odd reason is being an a**hole.  And it was so hard to…dig deep to even say a negative thing to be the bad guy. It’s been very difficult for me to be awful but there’s got to be a bad guy. There’s got to be a baddie. I had to step up. People pay my bills. I can’t come all the way from America and play the good guy when that’s not what they cast me for.”

Spencer started to sob uncontrollably, while Heidi soon joined in before telling her fellow housemates she never sees her husband cry — she said this about four times to make sure everyone heard it. Or just a way for the two to gain sympathy votes from the public, in hopes that they can win the show. Fortunately that didn’t end up happening – UK’s X Factor reject Rylan Clark won the show while Speidi came in second place, which just goes to show how much the British public love to see people behaving like pure a**holes on television. Everyone loves a bit of drama, right? Ha!